For the 2022 Jets off-season, there is arguably no bigger need for the Jets defense than LB. Year 1 for the Saleh/Ulbrich defense was nothing short of a disaster. Free agent signee Jarrad Davis was either injured or ineffective, CJ Mosley returning from his 2 year absence showed both that he lost a step and wasn't exactly a perfect fit for this defensive scheme either, constantly getting exploited in coverage to the tune of allowing 87% of targets in his coverage being completed, while also committing 4 accepted penalties - tied for the most of any LB in the NFL playing >50% of snaps.

In short, the Jets need a LB unless Hamsah Nasirildeen and Jamien Sherwood make a miraculous turnaround in year 2 and/or if Quincy Wilson can learn to do anything more than attempt to hit-stick every ball-carrier he manages to get within 5 yards of.

As luck would have it the Jets are coaching the Senior Bowl in one of the best LB groups I have ever seen at the Senior Bowl. Georgia is coming off of a National Championship after sporting the best LB trio I've ever seen in CFB, and 2 of them (Quay Walker and Channing Tindall) will be attending this Senior Bowl along with #1 2022 LB prospect Devin Lloyd. That's before we even get into the guys like Chad Muma (best LB from the MWC), Brian Asamoah (best ILB from the Big-12), D'Marco Jackson (best ILB from the MAC). There's even a few athletic players converting to LB at the senior bowl like Sterling Weatherford and Jesse Luketa. Overall, the Jets couldn't have had a better year to coach the Senior Bowl when it comes to this LB group and I expect Joe Douglas to draft one of these guys come April.

With all of that said, let's break down all of the LBs on the Jets roster at the Senior Bowl that they will be able to get a very close look at: 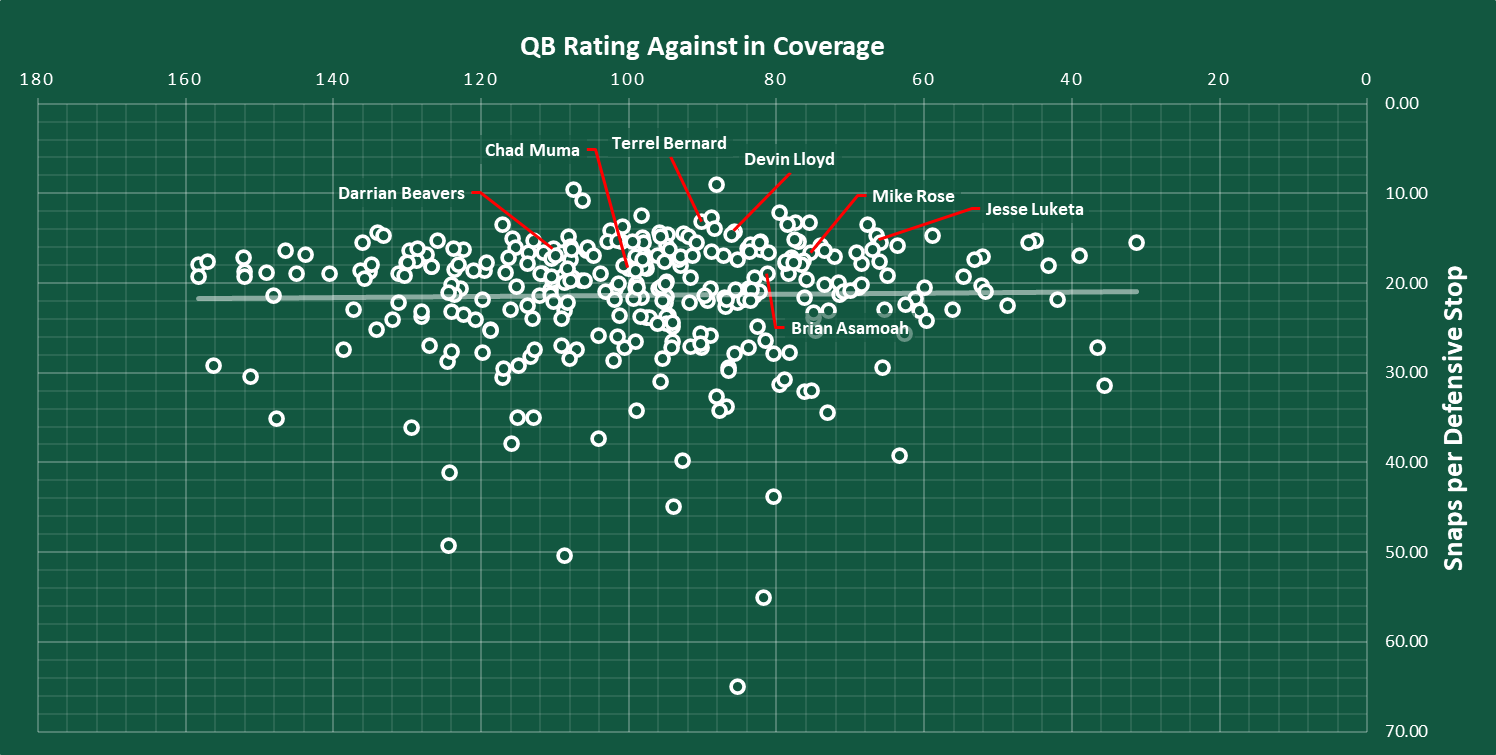 Terrel Bernard has 5.5 sacks on the season. His explosive first-step allows him to slice through the OL. pic.twitter.com/Y7NtxAkg44

I’ve been hearing a lot about Darrian Beavers (Cincinnati LB #0) this season, so I’ve decided to give him a look.

Beavers shows quick reaction time and finds a direct path to the ballcarrier. He closes quickly and takes the RB down. pic.twitter.com/MW43TPCGyk

how to slow down counter: have Mike Rose (#23) force feed the fullback his own teeth pic.twitter.com/sQO5j1sYpZ

Both players will be in attendance at the @seniorbowl pic.twitter.com/oub0mL3yld

1 of the most incredible plays I ever seen! @DevinLloyd_ #GoUtes pic.twitter.com/2j5WOCdQ2M

Wyoming LB Chad Muma puts on a weekly tackling clinic out in the Mountain West...

Good size/speed combo. Always staying square to the LOS while he sorts through the trash... pic.twitter.com/dOa2Vfoyum

Troy Andersen from Montana State is one of my favorite players in this draft. 6’4, 235 with explosive speed and an ability to do everything. 700 snaps in the box this season, 200 in the slot in 2019 with 97 on the DL. Played RB as a freshman. Such a stud pic.twitter.com/kXgyi3Xpui