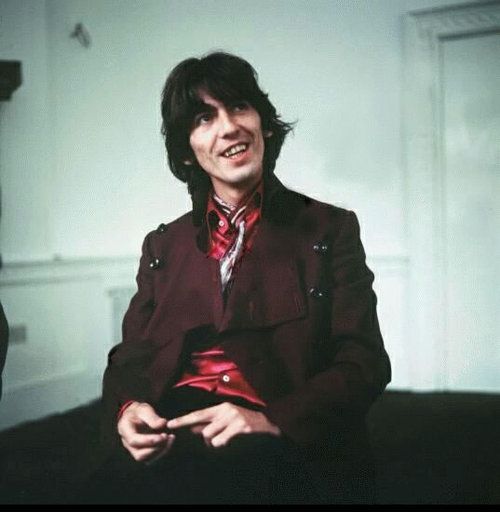 Welcome to the 239th edition of the Thread About Nothing.

George Harrison had plenty to smile about in 1970. The Beatles had broken up and though it was uncertain whether the breakup was permanent or not, George felt a sense of relief. Free from the pressures of being a Beatle, he was eager to launch his solo career.

After years of having his songs dismissed by John and Paul as not being good enough for inclusion on Beatles albums, George had a backlog of songs he wanted to record and the result was a three record set, the first in rock history. That album, All Things Must Pass, far outstripped the initial solo offerings of John and Paul in terms of commercial success and critical acclaim.

Rolling Stone magazine praised it as " an extravaganza of piety and sacrifice and joy, whose sheer magnitude and ambition may dub it the War and Peace of Rock and Roll."

My sister gave me the album shortly after it's release for my birthday. My favorite song at the time was My Sweet Lord. These days my favorite is I'd Have You Anytime. Co-written by George and Bob Dylan, it features some beautiful guitar playing by Eric Clapton. I hope you enjoy it.

Here's a few rules we try to abide by.

And here's George Harrison and I'd Have You Anytime