If we can start talking about the draft in November it's not too early to talk about the regular season in April, right? An interesting nugget on the Jets 2019 schedule is how little traveling the team will have to do. Full disclosure, we don’t know if the away game against the Jaguars will be played in Jacksonville (953 miles) or London (3,472 miles), which will make a huge difference. However, even if the Jets travel to London, their traveling distance in 2019 is very low and if they instead play in Jacksonville, their travel distance will approach historic lows.

Why should we care about travel distances (the Johnsons have plenty of money)? Multiple studies have shown that the more a team travels for an away game, the less likely the team is to win. This holds true even if other factors are accounted for. These studies have concluded that teams traveling distances of greater than 621-1,000 miles have their chances of winning reduced by 2.7-3.5%. 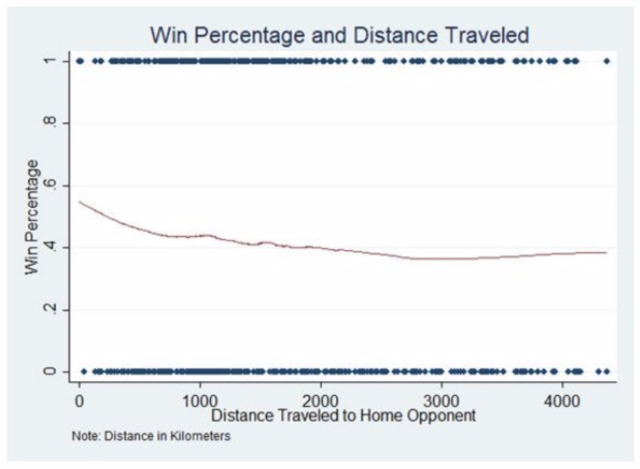 So what does the Jets 2019 schedule look like? The furthest west they will have to travel is just 636 miles to Cincinnati. As always, the furthest south will be in Miami vs. the Dolphins. All told, if the game against the Jaguars is in Jacksonville, the Jets will travel just 4,003 miles, by far the lowest total in the NFL since at least 2014. The Pittsburgh Steelers are second on that list in 2016 with 5,138 miles. In contrast, the Rams traveled the most in 2016 with a whopping 37,072 miles. 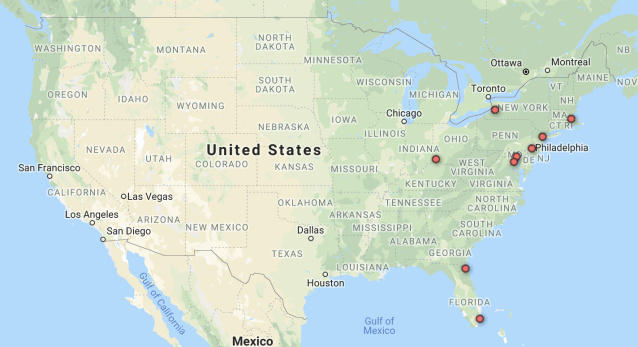 I don’t have the numbers for the other teams in 2019, nor do I know the shortest distance traveled in NFL history but its safe to say that the 2019 Jets will have either the shortest (by far) or one of the shortest travel distance in more than 5 years. This of course won’t guarantee any more wins than previous years but a handful of games with a +3% chance of winning is pretty large with the parity in the NFL. Hopefully the Jets will take advantage of their historically short travel and make the playoffs for the first time since 2010!