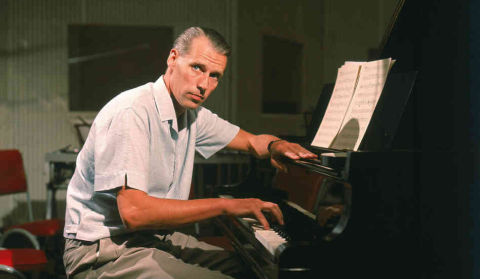 Welcome to the 148th thread about nothing. The music world lost a dear friend this week. George Martin had a stunning career and will of course be best remembered as the record producer for The Beatles. From the very beginning, he nurtured their growth as creative artists and lent his own arranging and orchestration skills to their music. In addition, he played keyboards on numerous Beatles records and here's a fine example. John Lennon wrote "In My Life" for the Rubber Soul album but the band was stuck for what to do for the instrumental break and turned the task over to George Martin. He responded with a Bach like piano solo but he couldn't quite play it up to the speed required by the tempo of the song. He solved the problem by playing it slowly and then speeding up the tape. This gave his piano the sound of a harpsichord and one of the most memorable solos on any Beatles recording.

George Martin didn't break the rules so much as he created new ones and here's a few of our own...

2) I have ultimate, mind boggling authority. If I or any other moderators or editors say drop it, let it go. Please don't argue. It won't end well.