I'll be the first to admit that I was not watching the OLBer battle in the preseason, so I'm hoping to draw on others who have. I was much more interesting in what was happening at the safety level of the defense, so I just assumed Babin was doing pretty good. He's a vet, he knows what he's doing. Not only this, he technically was the best pass rusher on the Jets last year, and was favored enough by PFF graders to be the 3rd most impactful player on the defense (+13.0), behind Richardson and Wilkerson, just ahead of Harrison. The dude was pretty productive last year with a lot of snaps and seemed to be pushing Quinton "Mr. Motor" Coples off the field.

Here are the compiled stats and grades for some of the 2015 preseason OLBers (I threw Mauldin in there too, he wasn't effective before his knee injury), as well as the stats from 2014.

As you can see, the coaches got a pretty big eyeful of Reilly. In fact Reilly played more Defensive snaps in the preseason than any other Jet (197, Miles 188). If you needed to assess him, you got all the film you'd want. Neither Coples or Babin played in the final preseason game. Babin, statistically played to his usual in the preseason. Effective pass rusher, just as he was in 2014 when he compiled nearly 500 snaps, and lots of PFF grade love. What is most interesting here is that Reilly played a lot in the final preseason game, a game where starters rested. But at least by PFF grader lights it was by far his worst game. It's in this game that he missed all 3 of his preseason tackles, and he racked up a big negative -3.5 grade. 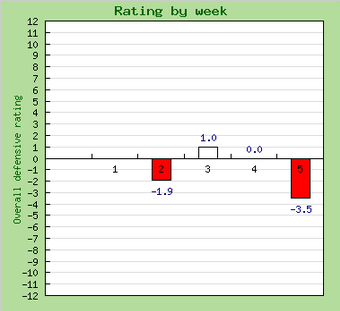 It would seem, without considering other possible factors, that the coaching staff had already decided BEFORE the Philly game that Reilly was their man. That Reilly simply could not play himself off the roster, while Babin was already on the way out. Some have speculated that there may be a personality conflict between Babin and Bowles, back from the Philly days. Babin was in a big surprise released from the Eagles, mid-season, after playing 5 games under Bowles, who himself took over at the byeweek as DC. In 2012 Babin had a huge game vs Washington two games before he was released, racking up a sack, a hit and 6 hurries in only 15 pass rushes, but then was seen promoting his own tshirts before the Carolina game and was released. If it's the case that this is personal or about personality, we may have the first documented instance of where Bowles has weakened the team in terms of performance because of personal preference or tone setting, trading out an established, productive vet for a very untested, and some argue unpromising player. We have not a lot of evidence here, but it may shed more light on the sudden, plummeting value of expected big contributors like Amaro and Kerley. Of course the "hard-line" coach can go two ways. He can whip everyone into shape, or it can alienate players, some of whom are talented. Handling players is a huge part of the coach's job. Brilliant men like Parcells knew how to be both hardline, but also big personality managers.

Eagles SBNation expressed some surprise that Babin's option was picked up by the Jets this year in February, because Bowles as in fact now running the team, all in the speculation vein:

The Jets made a move on Saturday to keep their pass rush consistent. The organization has exercised Jason Babin's option for the upcoming season, according to the team. This means that Babin will play for a team that is led by former Eagles defensive coordinator Todd Bowles, who will assume head coaching duties.

This is an interesting development as Babin was kicked off the team that saw Bowles coordinate the defense. Babin was bashed by the media and several "unnamed sources" following his departure from Philadelphia. He also didn't have a lot of positive things to say about the team after he was claimed off waivers by the Jaguars. Perhaps, Babin wasn't the issue after all or Bowles didn't have a problem with him.

Marty Mor nhinweg served as the offensive coordinator of the Eagles during Babin's tenure in Philadelphia and worked with Babin last season. If he was such a headcase, why would Mornhingweg not warn the front office about the veteran? While this is barely Eagles related, it's interesting to note that two of Andy Reid's disciples have had no issue working with the former "poor influence" in the Philadelphia locker room.

If the theory stands that this is Bowles cleaning house on a personality level, this goes somewhat against the running idea that the Jets are in a win-now mode due to the age of some of it's newly bought stars. To add my own bit of speculation: If Bowles is not tolerant of, or adept at managing big personality types, how long will it be before Marshall gets on his nerves? Marshall is known for being Jeckyll and Hyde, while everything is great, he's great, when things start to strain, so does he. It's one thing to let a guy go during an 3-8 year that is spiraling out of control, if Bowles was the one who signed off on Babin's Philadelphia release, but this cut may end up costing the Jets games, especially with Richardson possibly facing a longer suspension. Losses have a way of pressuring everyone and distorting a locker room too. The Jets need wins this year, maybe more than harmony. Or, to put it another way: winning produces harmony.