As we all know, recently IK Enempali punched Geno Smith in the face. Now I don't think anyone is arguing that he clearly had it coming, and that it reflects a total lack of leadership or even common sense on his part. You just don't see normal people act like he did and not expect to be assaulted. Just look at this guy. Look at this smug jerk. 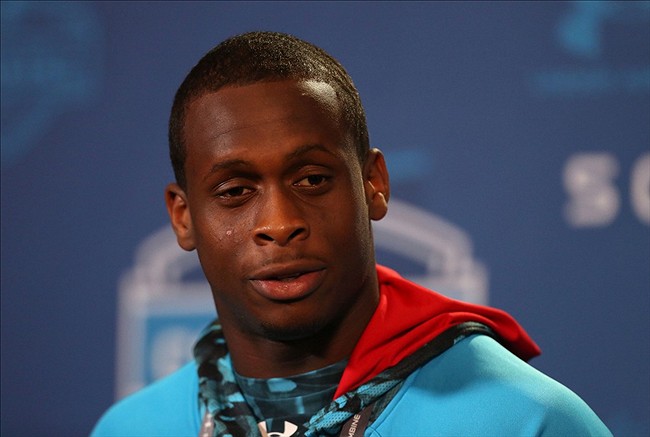 Now, i'm not saying that I support breaking people's jaws just because they are smug. But consider, what if you had the opportunity to break Hitler's jaw as a baby? Now, I'm not saying that Geno Smith is as bad as baby Hitler, but here's some imagery that might make YOU reach that conclusion. 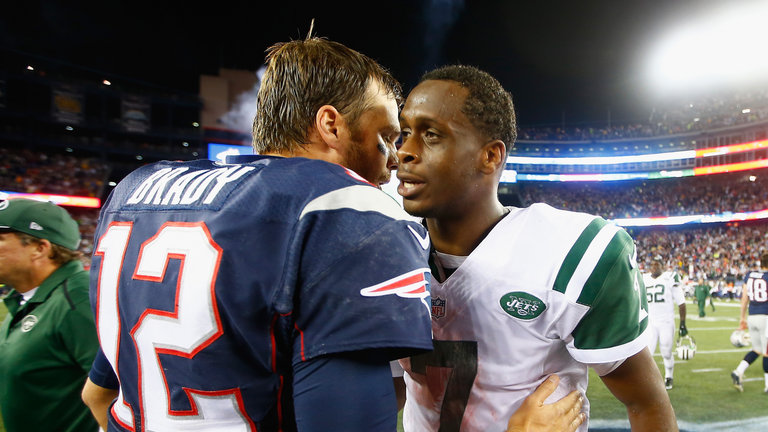 Just look how comfortable he looks there. Sources have suggested that immediately after this image was taken, Tom Brady's right hand patted Geno Smith's ribs in a congratulatory manner. Is that something a good person lets happen? Touching Tom Brady for several seconds? I think not.

And of course, we must judge men by the company they keep. 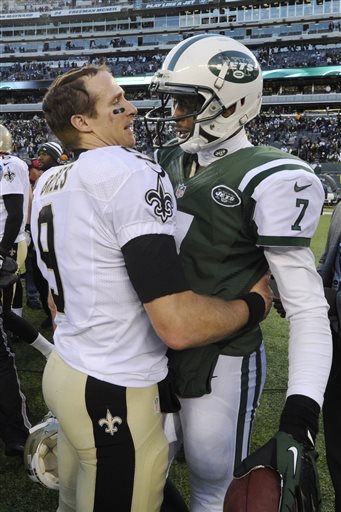 Here is Geno Smith getting a massage from John Idzik. 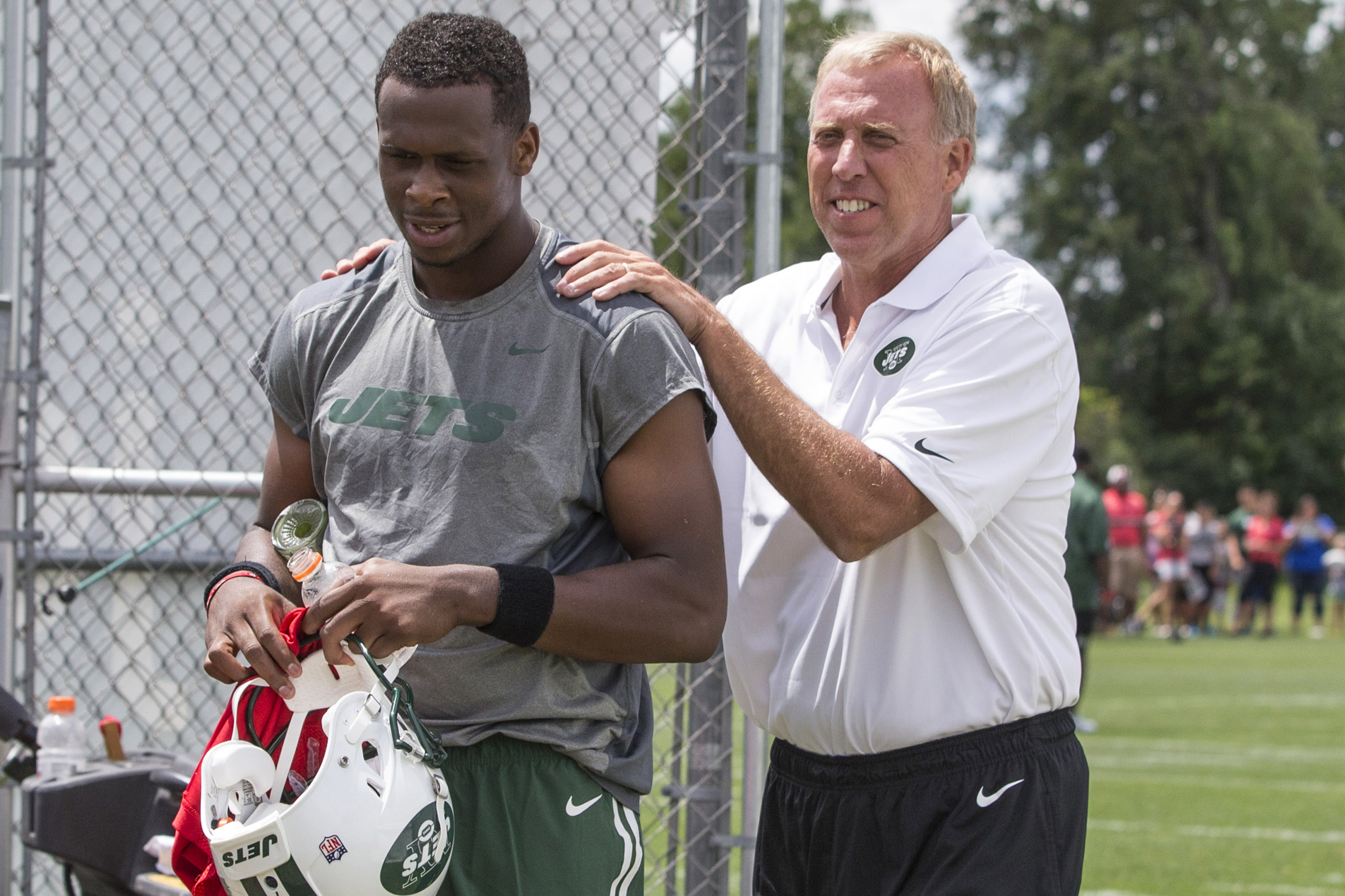 And here is Geno Smith, trying to smooch Rex Ryan on the kisscam after Rex explicitly told him he just wanted to be friends. 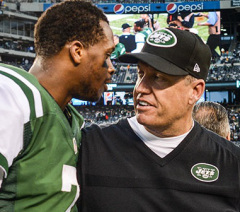 And it's not just his associations that are suspect. Some of his behavior in the past has also been inexcusable, and completely indicative of a total thug. BUT NOT IN THE RACIST SENSE, OF COURSE.

Here is Geno Smith peeing into Eric Decker's helmet after the Miami game. 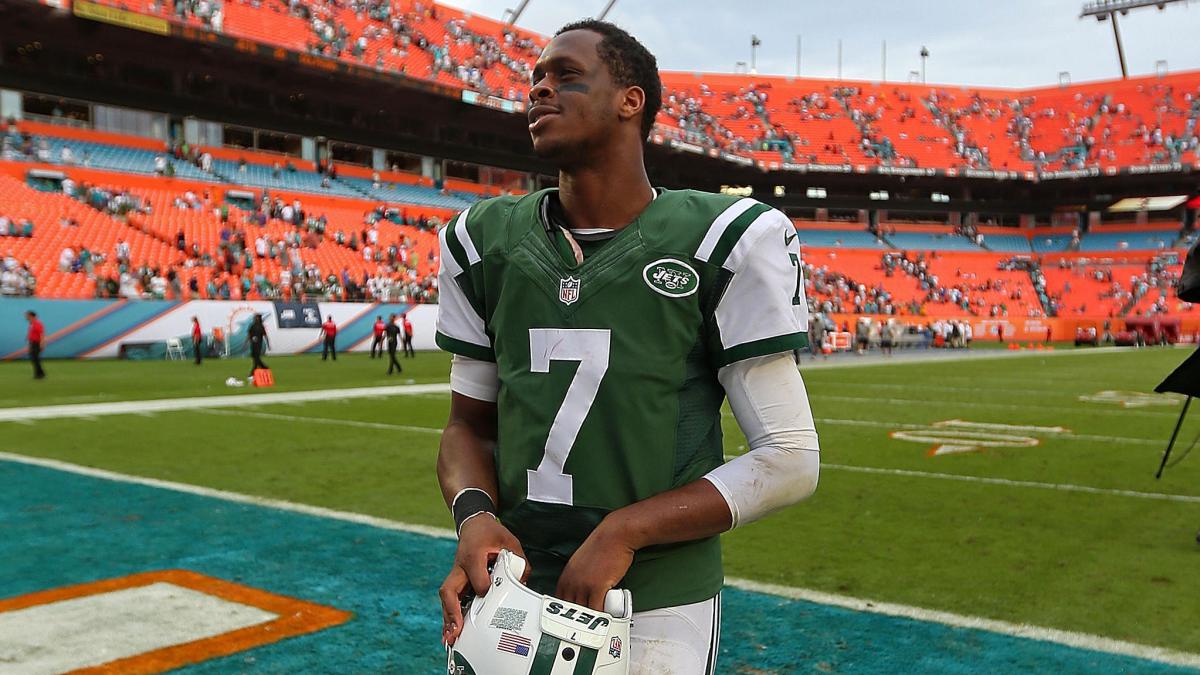 Decker would later wear the helmet for a photo, and the results are devastating. Look at how soggy he looks. 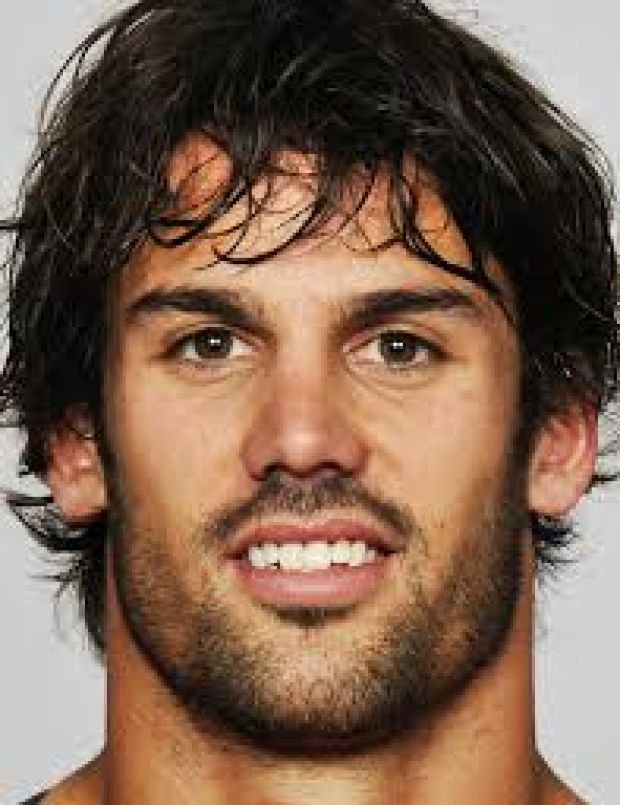 Here is Geno Smith making Willie Colon carry him back to the locker room. YOU CAN WALK, GENO. LAZY. 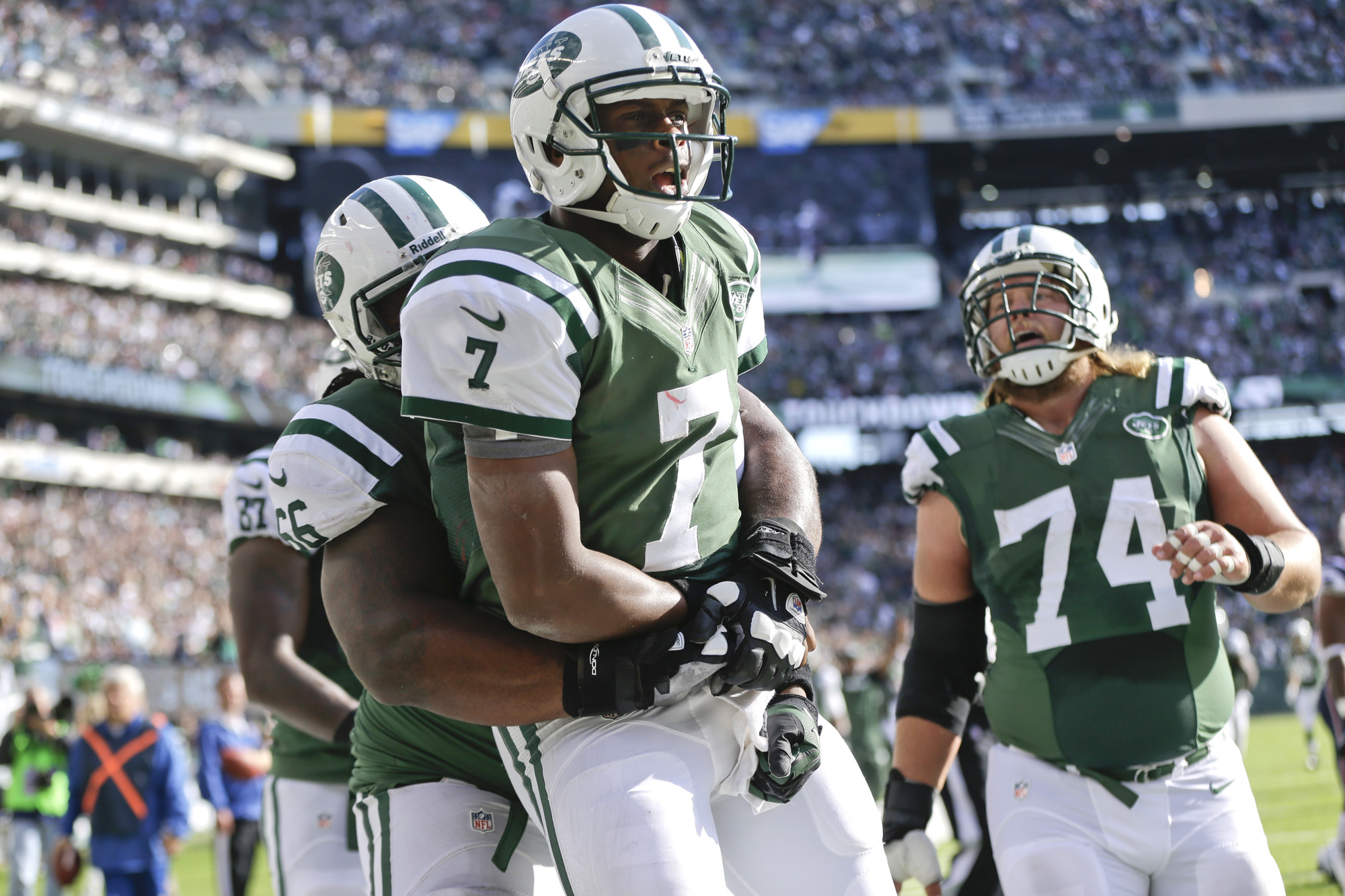 And this unspeakable moment. I don't need to tell you where Geno's hand is. The pervert. This is NOT how you celebrate Matt Simms' birthday. Not cool. 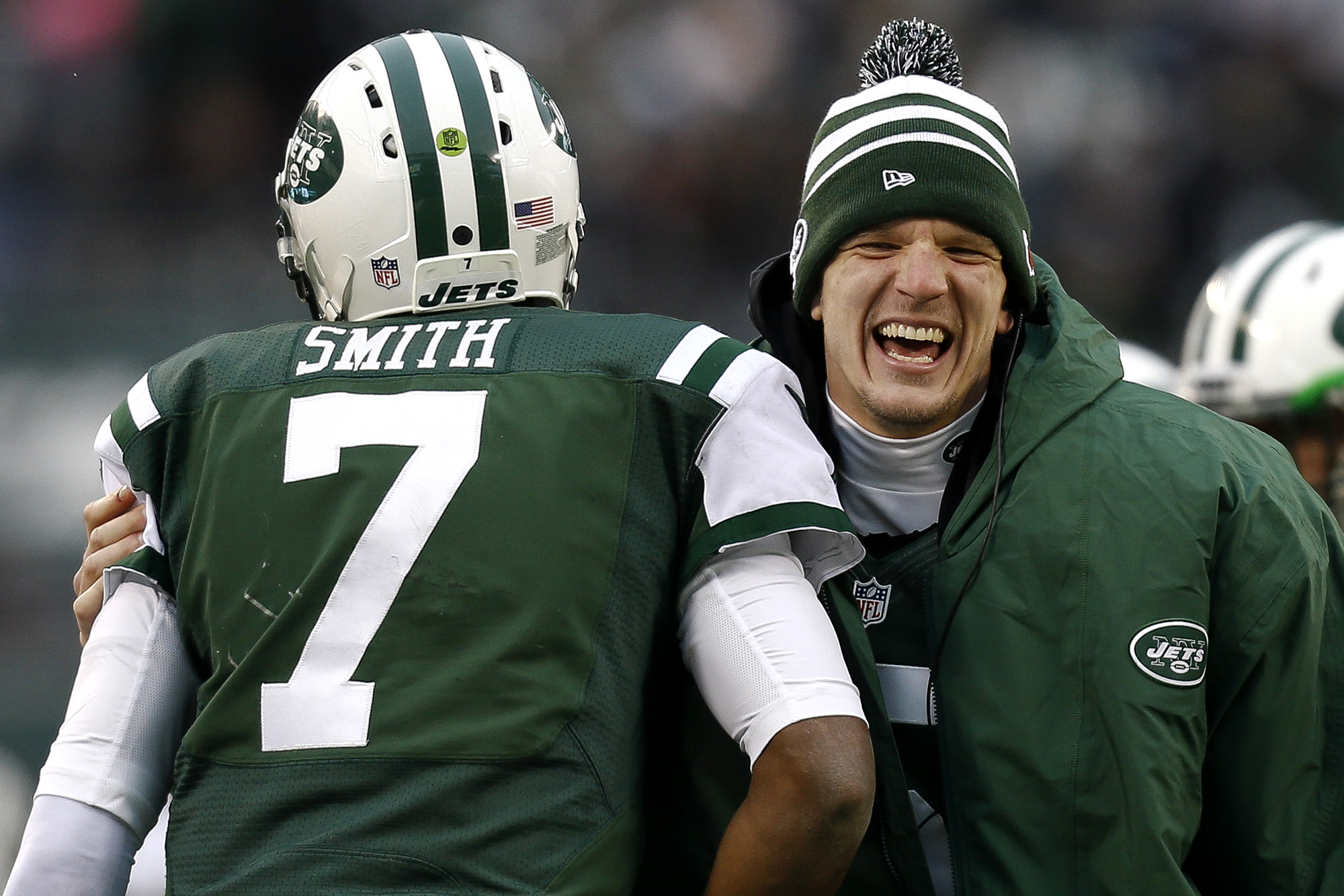 And of course there's nothing more obnoxious than an untalented quarterback doing awful celebrity impersonations. 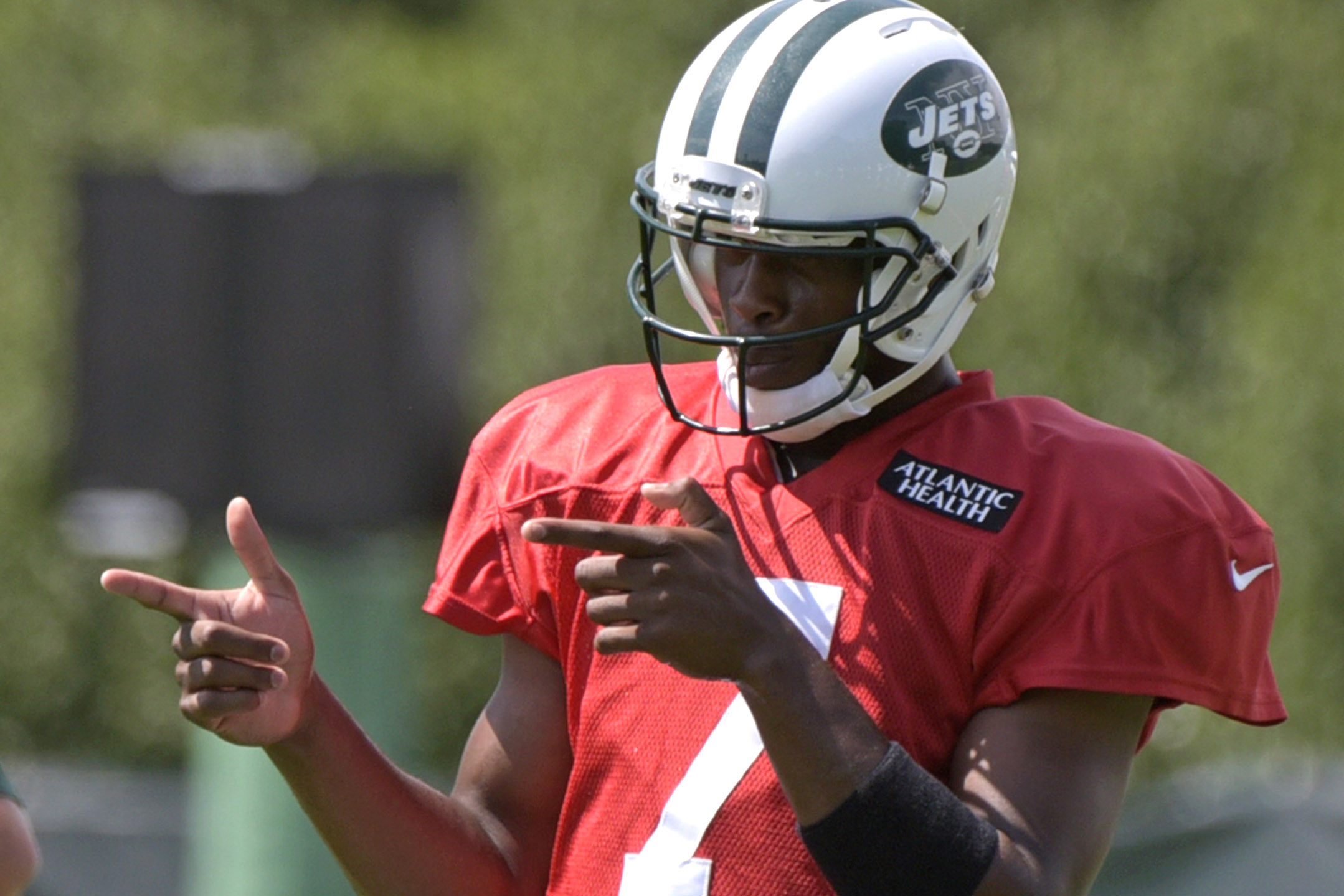 Here he is being a salmon. Is this a dis directed at GGN's own Scott Salmon? WE MAY NEVER KNOW. 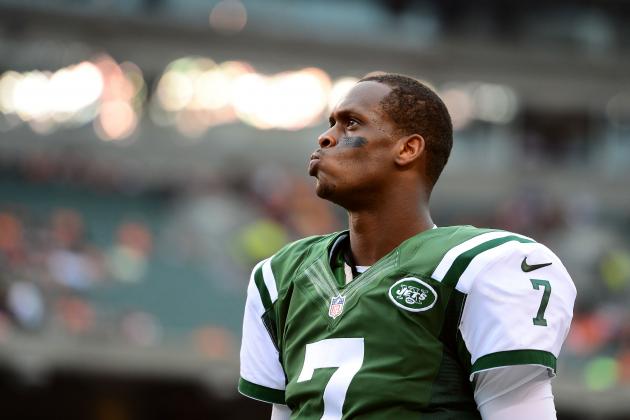 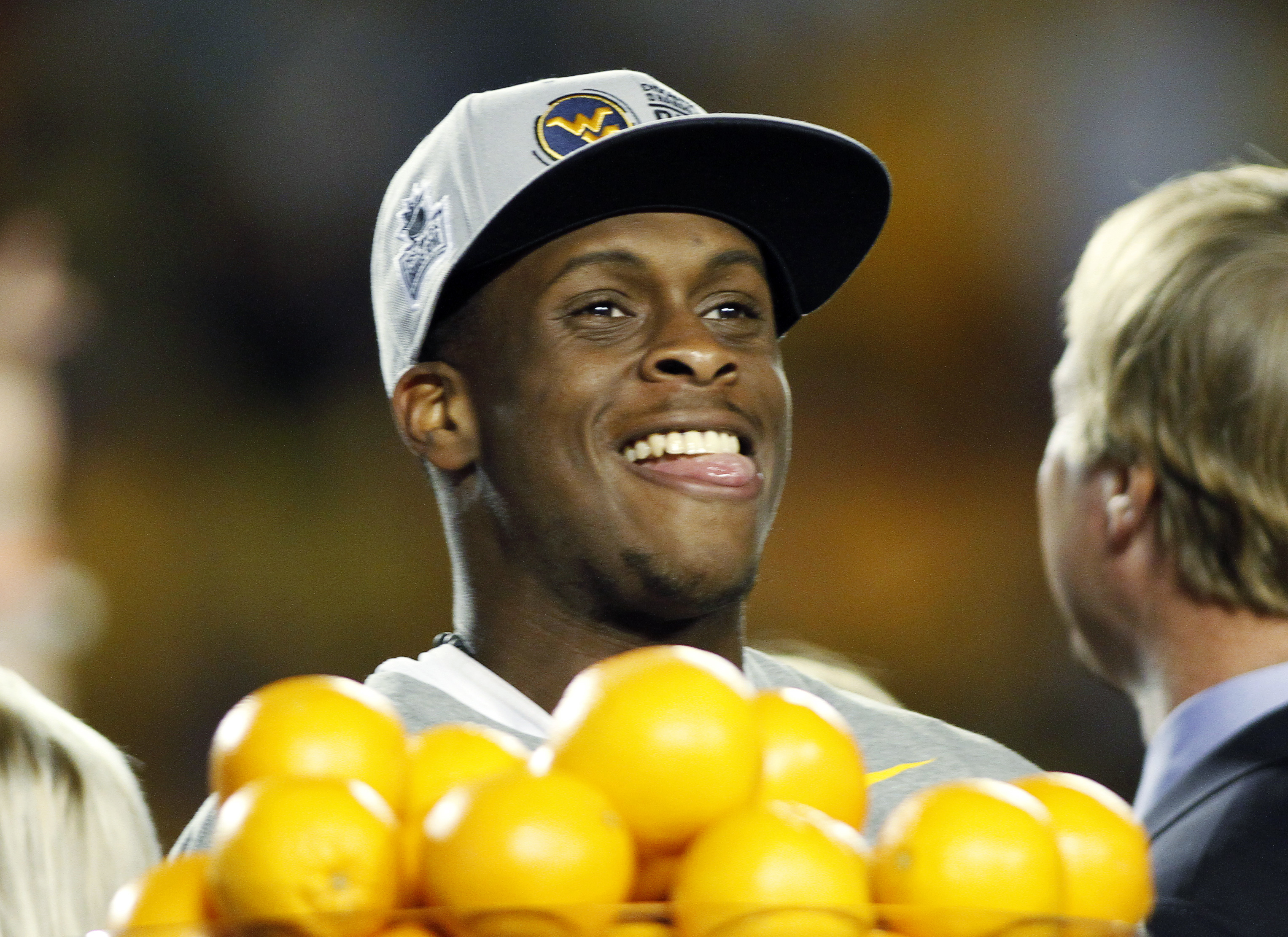 And here he is pretending to be hip hop/hollywood superstar Mos Def. 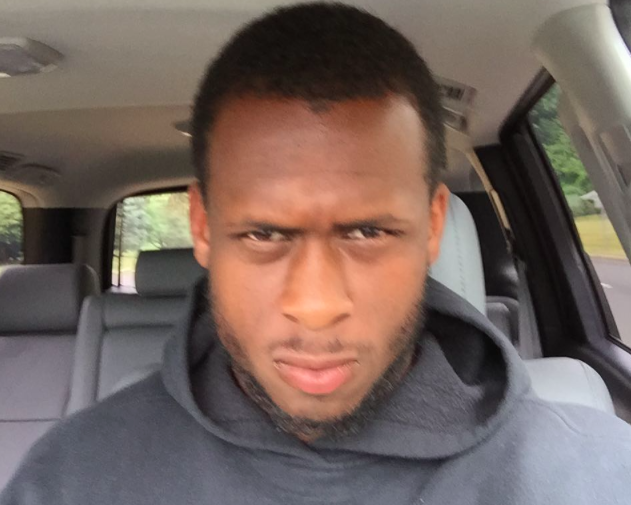 All of this paints a very bleak picture. The only conclusion to be drawn from these out of context images and the fact that a good, sweet, kind man like IK Enempali was driven to the brink of madness and beyond the point of reason, is that Geno Smith is bad for us all. As long as Geno Smith is a New York Jet, the team is doomed. He should have been the one cut, not IK Enempali. When you associate with bad people, karma denies you good fortune. I leave you with this final image and implore you to ask yourself... do we want to be known as the franchise that supports a deviant whose disrespect extends so far as to disrespectfully point his finger AT THE HEAVENS? 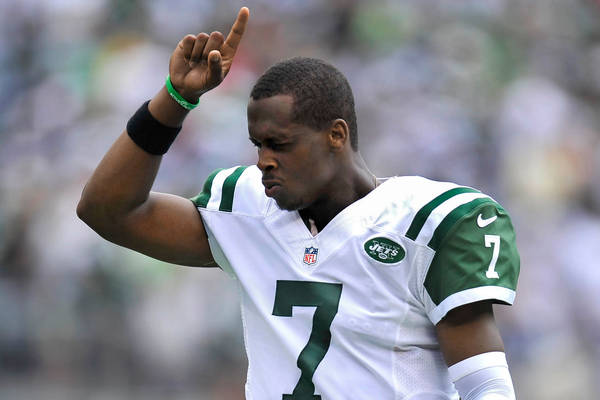