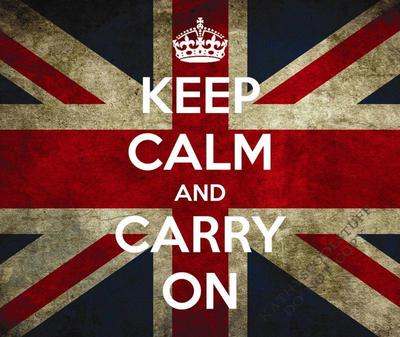 The expression, Keep Calm and Carry On comes from a poster that the British government intended to distribute in 1939 shortly after the outbreak of war with Germany. It also sums up what will be required of the Jets and their fans as they face the Miami Dolphins this Sunday in London.

The beautiful city of London is located on the River Thames which is named after Lord Harold Themes who was famous for his inability to pronounce the letter H.

Fans won't want to miss the pre-game festivities which include a rally in historic Trafalgar Square. The name commemorates the British victory at the Battle of Trafalgar and it's hero, Vice-Admiral Lord Horatio Nelson who lost his right arm while feeding an overly aggressive flock of pigeons on this very spot. There will be plenty of food, refreshments, guest speakers, and possibly a live musical performance by Gladys Knight and the Pip Pip Cheerios.

So keep calm, carry on, enjoy London and let's end the 1st quarter of our schedule at 3-1.

And now here's the rules, Britannia....

2) Smackdad has ultimate, mind boggling authority. If he or any other moderators or editors say drop it, let it go. Please don't argue. It won't end well.

Of course there's only one way out of London and that's to go out singing! Here's Thea Gilmore with "London."