Daily links connecting you to articles about the NFL's New York Jets.

Schnitzer's Marble Rye: Could the 2014 Jets have the best defense QB Michael Vick has ever had?

Rich Cimini: Doing the safety dance with Pryor and company.

Dom Cosentino: CB Dexter McDougle has no clue how long he'll be sidelined.

Brian Costello: Who will step up and be the number two receiver?

Kimberley A. Martin: DE Muhammad Wilkerson is too busy to worry about his contract.  What, Mo worry?

NYJets.com: The Jets were honored by Pop Warner little scholars.

NYJets.com: DE Sheldon Richardson says that they need to win.

Over the Cap: Looking at a possible contract for Dallas Cowboys WR Dez Bryant.

Cleveland.com: Cleveland Browns CB Aaron Berry is grateful for another chance to resume his career.

Cardiac Hill: Ex-Pitt players and coaches are likely behind Berry joining the Browns.

Here are yesterday's links, in case you missed them.

Here is the thread about nothing.

Who is going to the Tilted Kilt next week to meet Wilkerson, Richardson and Pryor?

I would like to thank everyone who have been steadily voting everyday to help Beloved School win a recycled playground.  After trailing by thousands of votes for weeks, we finally got a narrow lead yesterday, and I hope we can win this for the kids!  Here is a picture of their current playground: 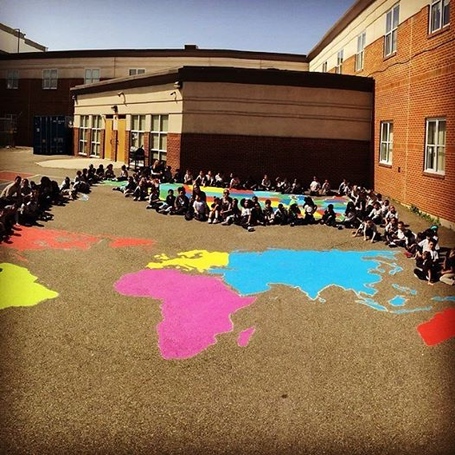 Please keep voting until the end of the month, and thanks again!

Speaking of recycling, The Onion explains how recycling works.

Who else got caught in the rain yesterday?  Well, anyway, here is Blind Melon:

And now everybody sing along: