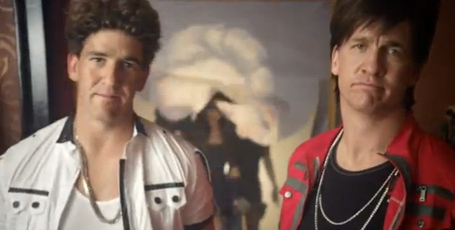 You read that right. Peyton Manning's 2013 Season, one in which he shattered the NFL record for TDs (55), and broke the record for yardage (5477), is not Peyton Manning's best season. It's difficult to argue against those numbers, as both records will likely stand for quite a while. However, I am going to claim that Manning's 2004 season was better. I'm going to even go on a longer limb by saying that Manning's 2004 season was better by a LONG SHOT. Now before you start yelling at me, let me explain.

I know that stats don't lie, but they don't tell the entire story. When comparing QB seasons, you have to take into account the difference in pass attempts, competition, and supporting cast, which is exactly what I am going to do.

First lets look at the important stats from each year:

On the surface, it looks like Manning's 2013 season blows his 2004 season out of the water. He did beat his previous personal TD record by 6, and out threw himself by 920 yards. However, the one stat here that stands out to me the most, is the Pass Attempts. 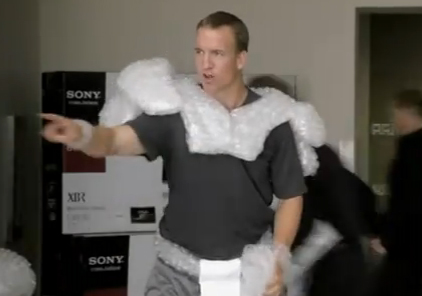 In 2013, Peyton Manning threw the ball 659 times, compared to his 497 attempts in 2004. The difference between these two numbers is 162 attempts, which is a lot, in every sense of the word. So, in order to understand how great Manning's 2004 season was, the first thing you have to do is adjust his stats under the assumption that he threw the ball 659 in that year. This can be done by gathering the averages of yards per attempt, TDs per attempt, and Interceptions per attempt, and mathematically apply those averages to the extra 162 attempts. When we do that, you will see that his numbers would have made his 2013 numbers seem like child's play.

The adjusted stats for the 2004 season in comparison to the 2013 season is as follows:

As you can see, when the attempts are adjusted, Peyton's stats in 2004 beat out his 2013 stats in every category except for the slight difference in completion % and throwing 3 more TDs. However, He would have thrown 65 TD passes compared to his 55 this year, and He would have thrown for 570 more yards (6047 to 5477).
Simply stated, his stats would have been mind boggling. 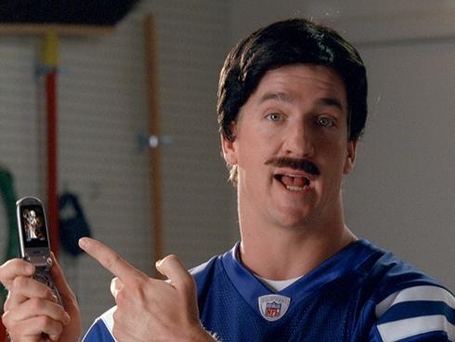 Competition: Another major factor in one's statistics is the competition that they face. I have gathered information of the teams Peyton played each year, and their rank in total defense. Here's what it looks like:
2004:

As you can see, in terms of yardage, Peyton Manning faced stiffer competition in 2004. However, many people argue that this ranking system is not the most accurate, and that defenses should be ranked according to points allowed. I have taken the liberty to compare the competition this way as well. I think you will see that in terms of points allowed, the numbers still favor '04 Manning.

After doing this analysis, it is obvious that Peyton Manning faced better competition in 2004 than he did in 2013. 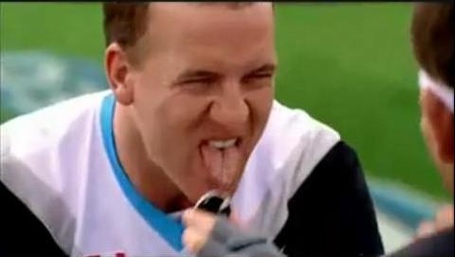 While competition and adjusted stats are more concrete, the comparison of supporting casts is a very opinionated subject. However, I will try my best to look at this subject logically and give my best, unbiased opinion. Here is a look at each offensive position(besides QB) from both years:

This category is real tough. Marvin Harrison was the best talent out of this group. He had a great year as well, posting 86 receptions, 1113 yards, and 15 touchdowns that year. Reggie Wayne, and Brandon Stokley both posted 1000+ yards and 10+ touchdowns that year as well. However, Demaryius Thomas posted the best year out of the group. He had 92 receptions, 1430 yards and 14 touchdowns this year. Eric Decker posted 1000+ yards and 10+ touchdowns. Welker posted 10+ touchdowns as well, and probably could have reached the 1000 yard mark if he played the entire season. The real difficulty in judging this category is that in '04, Peyton had one of the greatest receivers of all time in Harrison, and in '13 he had one of the greatest slot receivers of all time in Welker. However, I would give a slight edge to the 2004 squad.

Julius Thomas had 65 receptions, 788 yards, and 12 touchdowns this year, and was an absolute matchup nightmare.

He got more production from the Tight End position than Pollard and Clark combined. I give Thomas a big edge in this category.

It is tough to compare these offensive lines. They were both tops in the league in pass protection. However, the 2004 line only let up 14 sacks, compared to 20 this year. I give the slight edge to 2004.

So, in my opinion, Manning had a better supporting cast in 2004, but not by much. They were both amazing groups. Although I believe that the 2004 receivers were slightly better than 2013, if you factor in tight ends as targets, I think the 2013 group takes the cake.

There you have it, folks. This analysis is not an exact science, there are many other factors that could come into play. If Peyton Manning thrown more balls in 2004, who's to say he would have stayed on pace? He could have hit a major slump, or he could have hit an even hotter streak. But all other things equal, you can imagine that Manning's numbers would have shattered his this year. You can also factor in the different eras, wheras the league makes it easier for QBs than it did in 2004. However, basing the seasons off of adjusted statistics, competition, and supporting cast, it's easy to see that Peyton's 2004 season was better than his season this year, and it's NOT EVEN CLOSE. 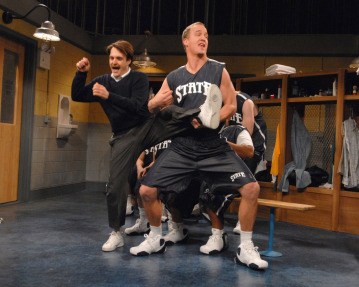 Which Season Was Better?