This weekend was kind of a dud. Two of the four games were decided by one score, but it always felt like the eventual winner was in control.

In the NFC, it is the game many have been predicting and hoping for since training camp. The 49ers will go to Seattle to take on the Seahawks in an NFC West rivalry rubber match. Even though these two teams haven't been division rivals for very long, there is an intense hatred between these two franchises.

This weekend might not have produced great football, but there is one silver lining. I don't think there is any question the four teams remaining are the four best in the NFL. They all don't make it to Conference Championship Sunday every year. I know people love upsets, but I love power teams battling in epic big games. It should be great. 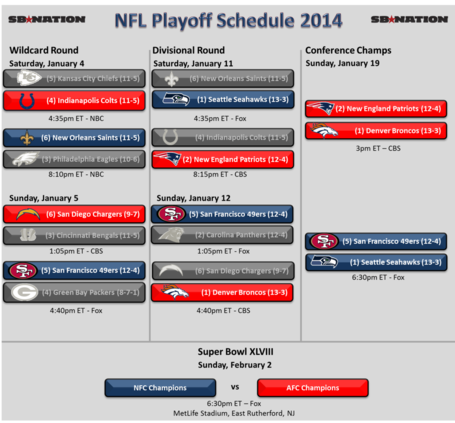