Share All sharing options for: A Wild Mike Goodson Appears

According to Adam Schefter, Mike Goodson will be returning to the New York Jets within the next twenty-four hours. This report is hot on the heels of news that Joe McKnight would be released. As I've said, these moves were likely to be in tandem. 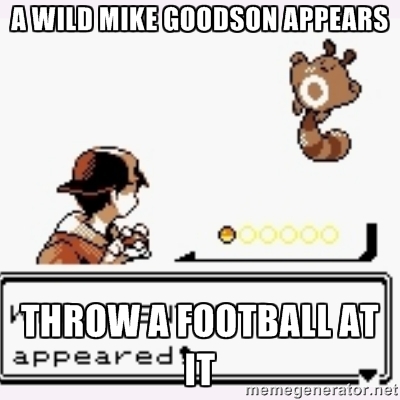 I have so many questions. What was Goodson doing? Is he in shape? Will he play this Thursday against the Philadelphia Eagles? Will he be my friend?

What are your thoughts, people?

...Goodson's been suspended by the NFL for Jets' first 4 regular-season games for violating Policy and Program for Substances of Abuse.