How can Rex Ryan innovate to use his new toy?

Note: This is a collaboration between myself and GGN member Crackback. It is primarily his work, however due to technical difficulties, I am posting it under my name. Credit to CB.

Let's talk about the innovative spin that Rex Ryan can do with the Bear Front with Muhammad Wilkerson, Quinton Coples, Kenrick Ellis, Antwan Barnes, and most importantly, Sheldon Richardson. The basic premise of the Bear is to cover the three interior offensive linemen with three interior defensive linemen (i.e. the center and each guard having a DL straight up on them). With the players currently on the roster, Rex now has the type of athleticism across his DL front to run a new type of Bear Front as a base defense. I envision using Ellis and Wilkerson as the two constants, pillars if you will, of an ever changing/shifting/morphing defensive front, with Richardson as the modern, mold-breaking nose tackle.

Obviously Richardson is nothing like the traditional behemoth, two-gapping monsters that we're used to seeing. Richardson will be the wildcard NT. He will line-up over center, but he'll end up everywhere else. He will sometimes put his hand on the ground and stunt out of the spot; sometimes stand over center like a blitzing LB and either shoot a gap or stunt to somewhere else; he can line up outside and stunt to the interior; you can put four guys with their hands in the dirt and shift the entire front pre-snap; you can put Richardson's hand in the dirt over center and drop him into coverage while blitzing a backer in his wake... It seems like the perfect personnel for Rex to play with without the necessity of bringing DBs to create pressure.

I'm guessing it will look like a base 3-4. But with Ellus lined up over the weakside OG and Wilkerson lined up over the strongside OG. I'm guessing that Barnes and Coples will be the OLBs. The reason I would want Ellis as the weakside pillar, is to cover up Barnes weak run defense. Ellis has a big burden, in that he HAS to dominate his match up and push his way into the backfield at least a step to force any run in his direction either back inside or force a bounce out where pursuit can gobble up airspace before the runner can turn up field. We want Barnes to be strictly a speed rusher off the edge, with his sole focus on pressuring the QB and forcing any runs to his side back inside. I want Coples and Wilkerson to be the east coast version of the Smith Boys from the San Francisco 49ers; two guys side-by-side that are tough to handle solo and that have the range to make plays well away from their frames. 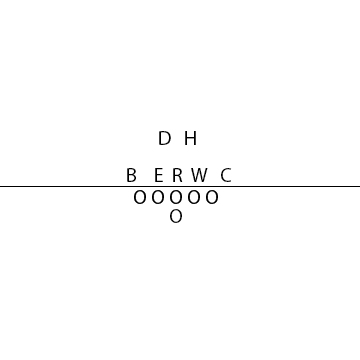 Back row, from left to right: Demario Davis, David Harris

Richardson is the wildcard. He's the game wrecker. He makes line communication impossible. He's a center's nightmare. He lines up over you 75% of the time, but 75% of the time you never even engage him. You have to honor him, but the best bet is that he won't be there, and each of the OGs to either side could use some help with the monsters that they have to deal with but you can't figure out where the hell Richardson is gonna be. Don't believe me? Here, I'll prove it (you may have to click on the GIF to open them up):

Richardson creep blitzes across the center's face from an ILB position.

Richardson lines up like a 3-4 OLB then creep blitzes the OG.

Richardson lines up directly over center and chucks him to make a tackle-for-loss on an off-tackle run to the right.

Richardson stands over center on 3rd & 11 and runs an inside stunt with a blitzing LB to collapse the pocket and force the QB to take flight; then he tracks him down and forces a fumble on the sideline.

Richardson shoots a gap and blows up a play before it starts. An example of what can happen if a center decides not to account for him. And why you let him just line up and shoot from time to time.

Richardson stands up, outside shade of the guard and blitzes him head up. Just because he's standing head up, doesn't mean he'll stunt elsewhere.

Richardson has his hand in dirt over center, stunts to guard but redirects midway through the stunt and shoots inside shoulder of a guard for a QB hit to force an errant throw.

Richardson stands over center, drifts over the guard pre-snap, then stunts to the outside edge. Potential blitzers creep behind him but both drop into coverage and pass is deflected.

Richardson has his hand in dirt over center, pre-snap shifts over guard. Florida breaks a run that way, but the point is the stress it creates on the offensive line to constantly account and adjust.

Richardson stands up off ball over center (more of an ILB position), delay blitzes outside shade of guard and leaps into passing lane to cause incompletion.

These clips show us all the different things you can do with Richardson. Always moving him around and creating lots of stress on the center to not only worry about handling his quickness and power, but also to get the line calls communicated while adjusting to his where abouts. And the more you're worried about Where's Richardson?, the less you can allocate your resources to account for Barnes off the edge, Wilkerson solo on a guard, Ellis Hulk-smashing his way into the backfield, Coples destroying lives on the outside, and blitzers creeping all around. The more a QB is worried about line calls, the less focused he is on the coverage traps behind them. Richardson could do to the nose tackle position what Lawrence Taylor did for outside linebackers.