Myself and Deb Borges join forces to complete the final mock draft of the season. With 8 selections and many holes, the rebuild effort starts here. Leave your thoughts in the comments, and make sure you share this on Facebook and Twitter as draft day reading material.

Today is Christmas, well for me and other draft addicted writers like Deb Borges who was kind enough to join me for my last mock draft of the season. I am sure most of you already know Deb, but if not you can follow her on Twitter, and here is a little info lifted from her own twitter page.

We have spent 3 days communicating, with countless emails going back and forth and we have settled on our selections. I’m not going to say it was very difficult, because we seem to agree on most prospects. Having debated prospects for the past 4-5 years, we find ourselves on the same page more often than not. We didn’t factor in any drafts because there are countless possibilities and settling on just one is just too vague and difficult. We also didn’t factor in the possible arrival of Ivory, because he’s not here....if he is we take out the RB and move everyone up. So sit back and enjoy the last mock of the season, it has been a great year scouting the prospects and we’ll be starting all over again in a couple of weeks. 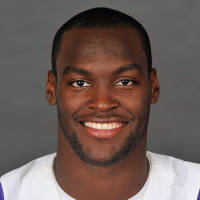 It wasn’t long ago I was saying Mingo would be a nightmare selection. However I have seen the light and after watching a lot of his game film I am now a believer. He’s long and fast, and he truly has one of the best first steps I have ever seen. He has acceleration and although he is lean, he takes on tackles and loves contact. A lot is being made of his lack of production, but stand him up outside with a line that has Wilkerson and Coples and quarterbacks are going to be running for their lives. The NFL is about speed these days, and the Jets instantly get quicker by adding Mingo, not to mention with Davis coming in for Scott, there is a real injection of pace to the linebacking core. (DW)

Mingo didn’t just win this spot due to the likelihood that both Ansah and Jordan are already off the board. Fact is Keke is one of the draft’s most natural pass rushers and happens to be a perfect fit for the glaring OLB hole the Jets currently have. Forget the Maybin comparisons, the production concerns, and weight worries. Barkevious Mingo possesses a natural skill set and awareness that just can’t be taught. He’s far from a one-trick pony. He’s a multi-dimensional defender with a huge upside who can finally end the "draft an OLB" drought. (DB)

I got my guy! Chance Warmack is just a great athlete, and that’s a weird thing to say about someone his size. However he has it all, he has excellent balance, a great lower body. He has un-limitless strength and a great drive for the game. Keeps his hands and feet moving, and extends his arms in pass protection. He is technically one of the best guards I have ever seen, and he is the best prospect at this position that I have seen in the last 10 years. We need to anchor that line, and adding Chance will help the RB/WR and QB. He may not be the ‘sexy’ pick but in 10 years when he’s been to 9 pro bowls and named an all pro most years, you’ll be thankful we took him. (DW)

At the end of the season, I accepted the fact that drafting an offensive lineman early (while not sexy) just needed to be done. When a talent like Chance is there for the taking, it’s hard to pass up, especially for a team whose two starting guards are named Colon and Ducasse. Warmack and his bulldozing ways would provide an immediate upgrade to the line’s run blocking. A sure, safe pick like him is exactly what’s needed here. (DB)

6-5, 255lb and a 4.6 forty time, not to mention a mean streak and swagger that every team wants. He gets to top speed quickly, smooth in his routes, shows soft hands and toughness to make the catches over the middle. Very aggressive as a blocker and knows how to use his hands, he is the kind of player who loves to get physical and takes as much pride in blocking as he does in receiving. He is an all-around tight end who represents excellent value. At a position that is such an unknown, this would be an excellent pick-up. (DW)

My Gavin Escobar-colored glasses prevented me from really taking a close look at Kelce. David got his guy here but it didn’t take much to convince me. Drafting a tight end early was a priority for me and a complete tight end like Kelce is a necessity on an already stagnant offense. Unlike many tight ends, you don’t have to give up blocking or receiving ability with Travis, he has the ability to do both well. Plus, he plays with a little bit of nasty in his game……. and who doesn’t love that. (DB)

DJ is a player that I absolutely love, and with the safety class being as deep as it is – this is excellent value in the 3rd. He was a captain at South Carolina and has a high motor, playing with intensity and coming down hill with authority. One thing I really like about DJ is his intelligence, he uses his physicality and agility to face up to receivers and knock them off their routes. He does have good lateral ability out in coverage and flips his hips well, but his main strength is undoubtedly in the box. Our safety position seems to be a revolving door at the minute, DJ could help stabalise it. (DW)

There was no discussion needed for this pick. In a very deep safety class, DJ Swearinger is by far my favorite prospect. It’s hard to not love watching every minute of a tenacious aggressive player like DJ. Unlike most hard-hitting safeties known for blowing up receivers, DJ won’t compromise position just to rack up another big hit. This versatile defender with experience all over the defensive backfield is the perfect remedy for Landry-withdrawal symptoms. (DB)

With so many needs on the team this year, the Jets should consider themselves lucky that they can wait until the 4th Round to pick up a wide receiver like Wheaton. While known for his speed and explosiveness, he’s not afraid of contact either. Though some may criticize his size, he plays with the toughness needed to make plays across the middle, or gain a few extra yards after a catch. His ability to create separation and reliability makes him a big play waiting to happen and a perfect complement to Jets WR corps. (DB)

You know that Rex Ryan loves his corners and with a certain guy moving on, you know we are going to select one at some point. This is where we saw the value at the position. I like him because he has three main attributes that I look for in my corners, he has excellent straight line speed, he has fluid hips and he has toughness and physicality at the line. He’ll stick his nose in on any tackle around him. (DW)

As David said, something we’re reminded of every April around this time is that Rex loves corners. It’s no secret that CB depth on the Jets could use some help. McGee turned some heads at the combine gaining much praise for his athleticism, speed and fluidity. Having played on both left & right sides and nickel, in addition to his four years as a gunner on special teams – this aggressive prospect was an easy choice here. (DB) 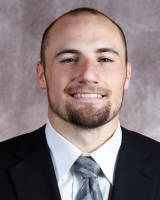 If you didn’t know about Rex before the combine, you probably know his name now. He has a phenomenal workout and raised some heads. He is a one cut back, but he always seems to find the crease, he has good lateral agility and quick feet through traffic. Didn’t catch the ball a great deal at Nebraska, but when he was asked to he showed soft hands, and he has a toughness and willingness to block. A nice addition to the backfield. (DW)

There are great running backs for the taking through every round of this draft. David & I both felt that a player like Rex was perfect for the taking here. The most accurate description I’ve seen of him is that he’s a "jack-of-all-trades" back. A powerful physical runner who also flashes speed & agility. His receiving ability though often overlooked, work ethic, and high character are all extra bonuses for this late round pick. (DB)

I’ll be honest and say I don’t know a great deal about Catapano, but I’ve heard some great things about his private workouts and he had a great season at Princeton. I’ll let Deb explain his game though and why in the end we thought this was the best pick for the team. (DW)

Now it’s my turn to say…… I got my guy!! Local Long Island native Mike Catapano’s name has been heard more and more since impressing many at the East West Shrine Game. He’s a long lean athletic pass rusher who led the Ivy League with 12 sacks and ranked 9th nationally with 15.5 tackles for a loss. His speed and explosiveness is beyond impressive. He’s fierce with his hands, and does a great job of tracking the football and chasing plays. His best asset? That’s simple: he’s been a Jets fan since the age of 8. (DB)