Let's take a look at the wide receiver out of West Virginia University.

His name is Stedman Bailey, and he might be the most underrated player in the draft.

Bailey has been often overshadowed by his fellow receiver, Tavon Austin, who most compare to Percy Harvin and expect to go in the mid-first round of the draft. Unlike Austin, who primarily works from the slot, Bailey is an outside receiver. He is extremely durable, and as consistent as you get. The only concern I could find as to his character was that he was cited, but not arrested, for shoplifting medicine at Kroger Supermarket.

Bailey majored in Criminology while at West Virginia University. Furthermore, he was First Team All-Big East in 2012, and holds the WVU Single-Season Receiving Yards and Touchdown Receptions Records, with 1,622 and 25 respectively.

I decided to compare Bailey to the collegiate production of some top receivers that are currently in the National Football League, as well as his teammate Austin. Austin has a first round grade, so the results are certainly interesting. 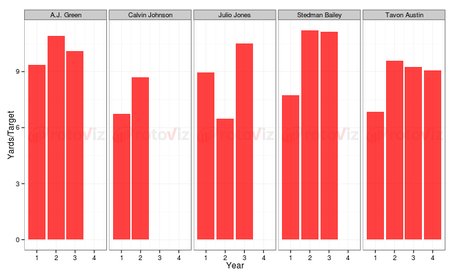 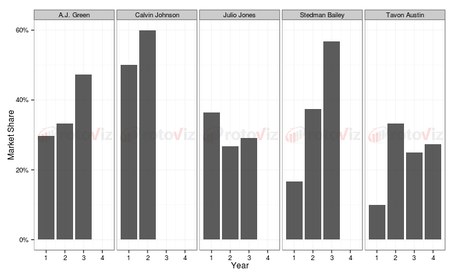 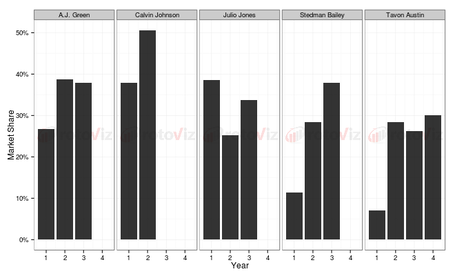 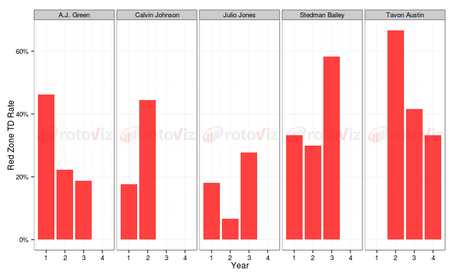 I like to compare Bailey to Greg Jennings. Although Bailey may be still available in the third round, I would be more than happy to take him in the second. In particular, Bailey would be a fantastic compliment to Jeremy Kerley. He is very nearly a complete receiver. He can stretch the field deep, run excellent routes underneath (perfect for a West Coast Offense), and is a touchdown machine. He is as consistent as it gets, and has a very high floor. I don't know that I've ever been as confident about a player's success as I am about Bailey. If I could only take one receiver in this draft, it would be Stedman Bailey.