If you don't like Mock drafts, then look away now. This is my third mock of the year and it has developed quite rapidly, and I'm sure the next one will be as different to the 3rd as the 3rd was to the 2nd.

I know free agency dictates draft strategy and I know that anything can change between now and the start of the season, Sanchez could convert to Buddhism and take a pilgrimage to Tibet or Nick Mangold could be transported back to 9th century Europe to reunite with his Viking brothers. I get the variables, but Mock drafts are great fun.

So having had the opportunity to speak to some draft analysts now and just discuss the Jets needs on here as well as on twitter. I'm coming back to you with another mock. As always let me know what you think, I always joke on twitter that I can only do a mock when my self confidence has been regenerated from the previous. As such I know we are not all going to agree.

Join me after the jump however, as I trade a couple of picks, pick up some talent and no doubt pass up some players you love:

In my opinion the #16 selections value to the Jets completely depends on who is on the board, if Melvin is gone, if Courtney is gone, if Richardson is gone. The players with value at that pick are not players who have value at that selection for the Jets. So the more I look, the more I think that all three of the above mentioned players will be gone.

So using the draft value chart, I'm sending out 16th pick on its way to Houston for the 26th and 58th pick in the 2012 NFL draft. A lot of people have the Texans crying out for a wide receiver, Don Banks had them taking Randle at #26 today in his mock, but if Floyd was available at 16? the Texans are pretty close, so I just thought this was a pretty realistic trade partner.

I would then trade both our 2nd round selections to the Rams, so number 16 and 26 in the second round for the 2nd pick in the 2nd round and 2nd pick in the 4th round. Draft chart wise they are getting the better deal, but it's about value at the selection

It's the only trades that I would make, and right now because the compensation picks are still unclear. I'm going with our standard set after this trade which would be, one selection in each round apart from the fourth where we have two.

You can officially add me to the Mike Adams bandwagon, I think his guy is an absolute star. Our last offensive lineman from Ohio at the end of the first worked out a treat and I think this one has the capability as well. Mike is just a massive tackle at 6'8 and 320lb's and protecting your QB should be one of the most important things you do as a team. He has excellent quickness for his size and is extremely athletic, plays with nice leverage and keeps his hands up. Cleaned up his technique a lot in 2012 and is now comfortable both run blocking and pass blocking. People say he would be a future left tackle and I see it but he'll need to work on his footwork, however as a right tackle from day one, the guy has serious upside especially for a team wanting to pound the football in 2012. I know some hate the idea of more money on the offensive line, but this makes the line a huge advantage heading into the season. When the line is an advantage that improves the running back, that improves the quarterback and that improves the receivers.

Possesses natural strength with his frame, uses his hands well and extends his arms. Plays with good pad level initially and has developed pass rushing moves to accompany his strength. Has a talent of quickly disengaging from blockers and has lateral ability to seal the edge. Changes direction very quickly without losing momentum, a very clean tackler who plays the run well but has room to improve here . Moves downhill and across the face of the line to seal the gaps. High motor who works to the ball until the whistle goes. Good range in pursuit of the ball carrier. When he can't get to the ball carrier himself, he moves his blocker into gaps to force the runner into team mates. Is a natural leader who will lead by example on the field and has a positive attitude in the locker room. Never had any legal issues or off the field problems. Pass rushing need on the Jets.

He plays a very physical blocking style downfield and at the line. He has the size and build that NFL scouts will absolutely love and when you combine the 6-5 205lb frame with 4.45-4.50 speed it's not hard to see why in a run first offence he was able to collect 820 yards and 5 touchdowns on just 28 receptions for an average of 29.3 yards a catch. He has good vertical ability and uses his bulk and frame to protect the football and box out defenders for the catch. Long strides which result in deceptive speed, easily gets behind safeties and corners to make the big impact play. Catches well in traffic and is good at beating physical corners on the line. Excellent athletic ability and a willingness to learn. No character issues and a very grounded guy who speaks about improving on and off the field, as a player and a person. Wide receiver #2 spot filled with the Jets 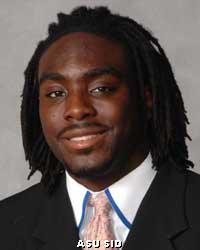 He plays with everything you want from a linebacker. Good against the run, quick to recognise the pass. Fluid hips, short area quickness, good pursuit and excellent wrap up tackling ability. He has an excellent first step and rarely gets fooled on a play. He has the football instincts and IQ that I believe a Vontaze Burfict is missing. When he hits you, well you know you have been hit. Is really effective inside the box, recognises and plugs gaps extremely well. Uses his hands at an NFL standard to disengage from blocks to come off and make the tackle. Because he has moved around a lot he appreciates the jobs across the defensive front 7. Holds containment, and drops back into his coverages very well. I think his short area quickness and his fluid hips make him a great prospect for any team. His history as a wide receiver and an athlete give him that second gear to chase down ball carriers and QB's. Has very good length and uses it well against the run. Added depth at a big position of need. 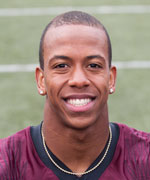 I'm pretty sure that he is listed as a cornerback but I'm looking at a safety all the way here. He is big and physical at 6'2 and 205 and he plays the pass extremely well. Sits back in zone coverage and reads the QB, makes quick jumps on the ball and keeps the play in front of him. He has nice a size, speed blend, can really put a hit on you but won't go for the highlight reel play if it jeopardises making the stop. Is your prototypical centre fielder that the Jets haven't had in a long time. Has that unique combination of size, speed and physicality that makes you believe that he could stick with some difficult tight end match-ups in the 2012 and beyond. Jets have a big need at safety, I don't rate Barron but after Barron there is a drop off. Picking up Johnson here (he may already be gone) offers good value, to the Jets specifically it offers excellent value.

If you notice one thing about the players I have selected so far, they are all high character guys, something that this team desperately needs. Here I'm going against the mould and selecting a troubled former 5 star recruit. Going into Tennessee he was the big kid on the block. He played as a freshman and showed why he was a 5 star guy, he has an excellent first step the the ball, good awareness, good instincts, tackling ability. He has it all, and the ability to track the football playing centre field or coming up and playing in the box. However he was dismissed from Tennessee in 2010 for unspecified reasons. Earlier he had been arrested and charged for an armed robbery attempt, but later the charges were dropped. Although he had a clean year at McNeese State, he still has some serious baggage. When you give a person money, their real character comes out. Janzen is a gamble.

Quite frankly I don't want to see Matthew Mulligan and his numerous penalties and I'm not sold on any other QB being that blocker to Dustin Keller's receiver. George Bryan at 6'5 and 265 is one of the premier run blockers in this draft class in my opinion. He has a thick frame and thick lower body, he plays with excellent pad level and has great length. Seals the edge and just loves hitting someone and bringing the runners. He is not going to blow you away with his pass catching ability but I just want a guy who can catch the ball which he can, but who plays his heart out blocking on the line. George is that guy. I would take him in a heartbeat and waive goodbye to Mulligan. 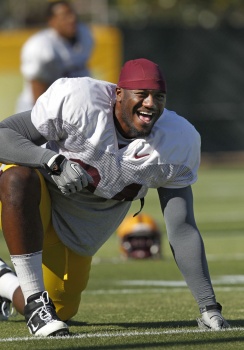 Seventh round selections for me are all about those guys that you want to get into camp and have a look at. James is an interesting guy. He has the skill set, but he just hasn't been able to put it together. He has good length, a good base and thick strong arms. Will need to work on his footwork and leverage if he wants to make it at the next level but he has a lot of power in that 6'5, 280 frame and if he can get some NFL coaching you just never know. I wouldn't mind taking a good look at him