Hi people, it's going to be a long off season, so i guess i'm going to do this. I asked Bro Namath if he could do this, he replied:

It would be way better if you did it, no one could do it better, really, no one, ever. You do it.

The quote has been slightly changed, but it doesn't matter, bro's point is obvious.

So, if anyone is wondering what the hell this is, it's not very complicated. I'm going to pick a picture of some Jets players, probably something that is open for humor, and you are going to write below in the comments what you think the caption should be. Try to keep it to one, but if it's 3 in the morning and you suddenly wake with an insanely awesome caption, even though you already wrote one, i allow you to post another one. follow me after the jump! (yes, it's a link)

So what would you win? Well, it's not going to be money, but the other possibilities are:

3: A picture of a Golden Rex

All previous winners can do any of the above, including requesting an ms paint.

This weeks edition is: 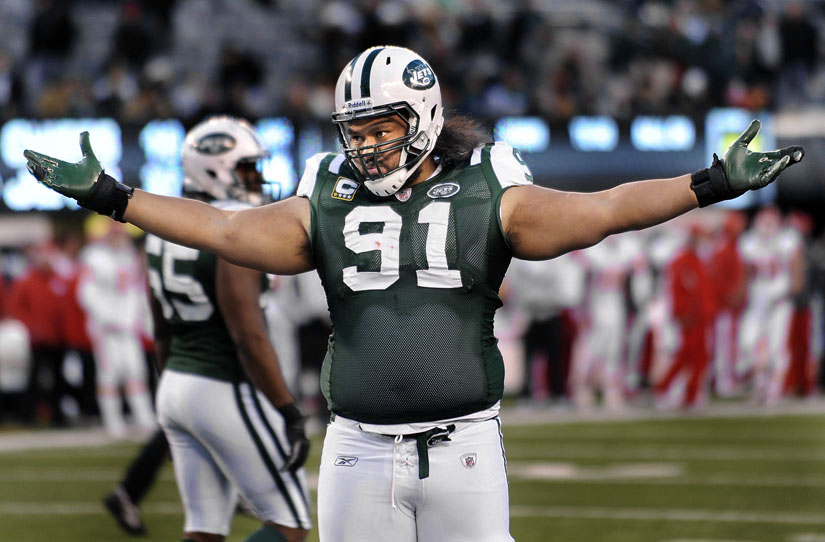 Rec this so it stays up. comment below. The one that is the most rec'd wins.

un-rec the last one. and rec this one, remember

Was Pouha awesome this year?