Captain Jet: The Wave of the Future

I'm very sad to say that Fireman Ed is no longer the face of the New York Jets franchise. But I propose an even better unofficial mascot.

Share All sharing options for: Captain Jet: The Wave of the Future

As you may have heard, Fireman Ed has stepped down as the unofficial mascot of the New York Jets. I'm devastated to hear this, for a variety of reasons that I won't get in to here. But I come bearing good news. I come with a man that deserves to be the new face of our franchise more than any other fan that ever existed. 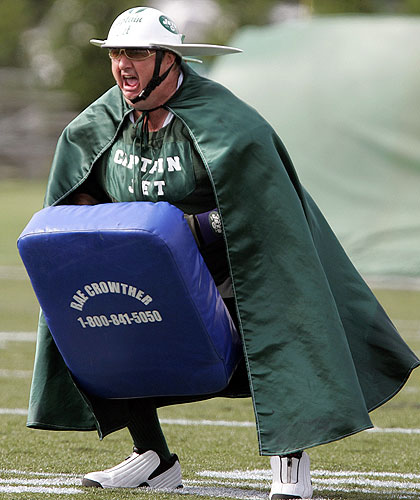 Captain Jet is a man that truly understands the pain the fans of the Jets are going through. I mean, he GETS it. 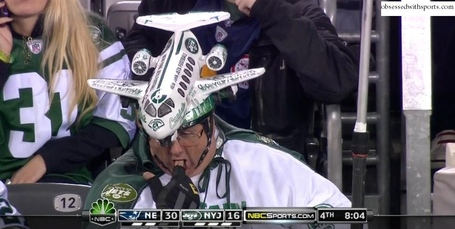 Like Fireman Ed, Captain Jet is what we normal folks call, "mentally disturbed." But in a good way. He's not the kind that causes destruction or breaks laws, he's the kind of crazy person that goes overboard when their team wins and loses. And most importantly, he does it in style. 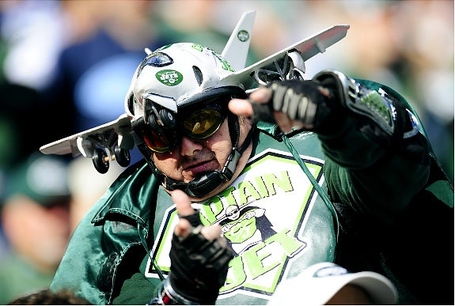 So when life, or in this case, the Jets, have you down, just remember Captain Jet, the new face of our franchise. I had the chance to ask Captain Jet a question, and this is what he had to say.

"Captain, how do you feel about this honor?" 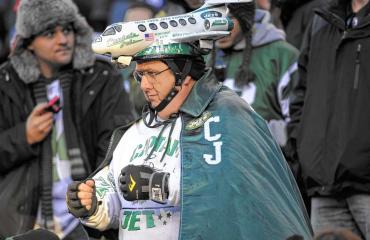 (h/t to my friend Sean Cunningham for reminding me of Captain Jet's existence.)