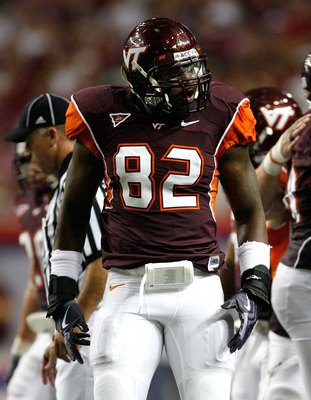 In case you didn’t know, I am a student at Virginia Tech and I go to just about every home game during the season. I try to use being at a live game as an advantage to look at certain players I know will be draft eligible in a few months. I’ll start off with Steven Friday, a senior DE who had a productive season on a young defense. Friday will be 25 years old when the draft is held, which does not exactly help his stock.

His draft projection is a bit foggy, but to me he looks to go somewhere around the 5th round.