This week CBS has a doubleheader while FOX will show one game to each region.

Chiefs at Jets early on CBS

Raiders at Packers late on CBS

Bears at Broncos late on FOX

A good chunk of the country is going to see the Jets. Rather than give a long, rambling list of the markets, this week I will just give you a visual aid. 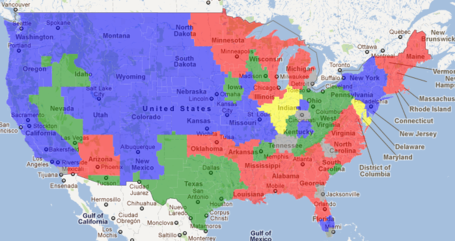 The entire nation will see Giants at Cowboys tonight on NBC and Rams at Seahawks tomorrow on ESPN.