Let us take a look at Darrelle Revis' interception when the Jets played the Chargers in Week 7. 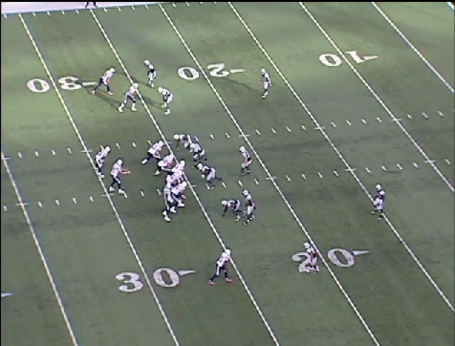 It is third and four with San Diego leading 21-17. There are around 11:00 left in the fourth quarter. The Chargers are on New York's 25 yard line looking to take a commanding lead. San Diego comes out with three receivers, one back, and a tight end who motions from left to right before the snap. The Jets are playing pass all the way. They have three linemen, two of whom, Jamaal Westerman and Calvin Pace, are hybrid linebacker/defensive ends.

This is a situation that calls for Philip Rivers to check into a run. The Jets have six men in the box. Only one is a traditional lineman. Two are defensive backs. He has six blockers and a good power back in Ryan Mathews needing to pick up four yards.

The Jets instead are in the perfect defense. San Diego leaves in the back and the tight end to block. The Jets rush three. That leaves three receivers against eight in coverage. 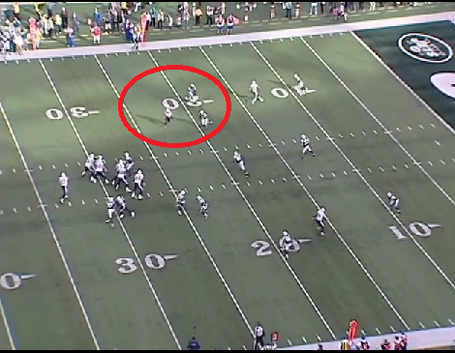 Rivers' throwing lanes are clogged. He looks short for Vincent Jackson. The ball is a bit behind Jackson. Even if he makes the catch, Antonio Cromartie converges on Jackson to make a tackle a yard short of the first down. Instead, the ball bounces off Jackson's hands and right to Revis, who runs it back 64 yards for a game changing interception.