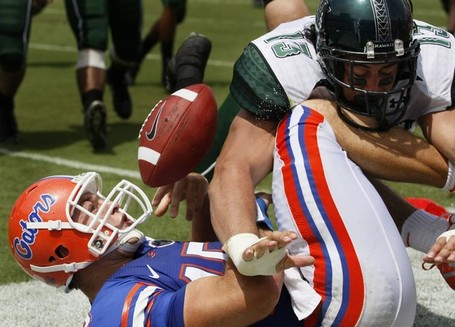 According to the Honolulu Advertiser, the deal is a standard three-year contact for an undrafted free agent

Satele was sidelined for the entire 2009 season with the Hawaii Warriors due to a shoulder injury. Because of that, he did not receive a signing bonus.

Satele and his agent spoke about the $$$ factor:

"That does not matter," agent Kenny Zuckerman said. "This is an opportunity to make an NFL team."

Looks like the Jets are trying to get some depth at the ILB position, something they did not have a lot of last season

Regardless, best of luck to him,  and welcome to Gang Green!