As promised, here is my second mock draft, if you want to see version 1.0 here it is. After I completed that, I took on board the comments from everyone, from here and at other places. I thought about it, looked back over more prospects, got a better idea of stock placement now that the combine is finished. Right here is what I ended up with in the end.

I plan to do one more of these before the draft, to reflect any free agent signings that may occur, any trades and any players who's pro days effect there stock to a degree where they had to be moved.

I'm sure that some people will like some selections, hate others etc, but anyone who has read this site over the last month will understand that a lot of people have a lot of conflicting views on what we need. Which I take for a positive, because it means we really don't have any real glaring needs.

There might be a bit too much offence in this draft for some people, keep in mind that we can find players as UDFA after the draft, and I think the options on defence there will be greater, like Jan Jorgensen who we looked at yesterday.

So anyway join me after the jump:

New York Jets trade the 2011 first round pick and 6th round pick to the Kansas City Chiefs for the 36th & 99th pick in the 2010 NFL draft- Draft value wise, this would work, I have faith in our team next year to the extent that we will be selecting 28th or lower. This is a deep draft, post 2010 I don't expect us to have too many holes, and although you hate to trade away a first round draft pick, in this instance I personally think that it is worth it. Kansas has two 2nd round selections, they can pick up a first and hope we fail, they will still be building next off-season.

I hear you people when you say we need a pass rusher in this class. After continuing to look at Jerry Hughes even after the scouing report article. I would love to add this guy to the team, 6-3 257lb's, great initial burst, has a nose for the ball, never gives up on any plays. Has lightning speed around the edge, agile, athletic. Has good length, runs plays down. General quickness, good lateral movement, works hard, loves the game and loves to hit. Is there anything that I missed out. His stock seems to be sitting at the end of the first round, start of the 2nd, potentially he could be had a little later, but I'm not taking any risk. I give Rex an explosive toy to play with here and watch him wreak havoc among AFC offences.

I hadn't paid too much notice to McCourty before the senior bowl, before others started talking about him. Then I went away and looked at him in detail, and like I put in the scouting report at the time my eyes were opened. He just ran a 4.34 in the combine today, and many questioned his speed. He gets off blocks, he works man to man, he works the zone, a good open field tackler with speed. Very physical, can be used in press coverage, reads the QB's well, doesn't fall for play action or lose track of the receiver. You can read more in the actual scouting report, but I personally think that this guy is as good as it gets at corner in this draft, apart fro Haden. I know a lot of you are high on Wilson, and I wouldn't mind that, but there is a chance McCourty is here, and when you are talking about value at the selection, McCouty is it. Would love to see him paired with Revis

A lot of people had a problem with me selecting Jordan in the first round in version 1, and I admit that was a little too high. I honestly thought his stock would rise that much, after talking to a lot of people, it seems it sits right around the mid-low 2nd. There is a chance he would be gone, but there is also a good chance he could still be here. In which case it really is a no brainer for me. This gives Sanchez a weapon from the slot, and as far as I'm concerned that's a priority. Shipley is going to be an excellent pro, I have yet to see a single scout say otherwise, I think he will likely produce 800-1000 yards a season with a good QB. He has excellent route running ability, some of the best hands I have seen, he is intelligent, finds the soft spot in zones and makes players miss. In my mind adding him to an already steady receiving core just takes us to that next level, it balances us out, and gives us that weapon over the middle we haven't had in some years. Jordan Shipley....come on down. 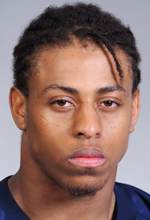 This guy has some red flags, nobody is denying that, he has injury issues, and some would say attitude issues. A player that sometimes looks like he is giving it less than 100%. His recent performance at the combine has not helped his stock any. When I watched him he had a tendency to look lazy and disinterested. Saying all that, not long ago people considered him a potential first rounder. Since then his stock has taken a nose dive steeper than Wall Street. He still has the talent, he still can get to the QB, 10.0 sacks in 2007. He has quickness, he has burst and when he wants to he can be a nightmare for any tackle. The problem is getting it out of him on a consistent basis. I like the idea of giving someone like Hardy a chance with a guy like Rex, if he can't get it out of you then nobody will.

Do we need to select a RB? some will say yes, others will say no, Greene and Leon can handle it and we have Chauncey. Well thanks to Crackback, this guy has been on the rise in my mind. When I saw the post about him, I had never heard of him, went away and took a look and was quite impressed. Always have to take the competition into account but at 6'1 and 220+, with a thick upper and lower body. It might be worth taking a gamble, just in case something happens to one of our starters. He is mainly here because when I read his scouting report, I saw that most seem to think that he will succeed in a zone blocking scheme. I'm sure you all remember last season, we moved to a zone blocking scheme. Very strong guy, keeps his legs churning, and can take a pounding without losing a step. We want to play some smash mouth football, this might be the guy for us. Worth consideration at least.

With the 6th round selction in the 2010 NFL draft, the New York Jets select Blair White, WR, Michigan State

I like Blair White, he was a walk on and that shows that he had to work hard for every single ounce of playing time. His first couple of years he was a special teamer, and a damn good one at that. For a late round receiver that's important. he is your prototypical hard nosed guy, he is not the strongest, he is not the fastest, but he blocks with 110% effort he will do whatever you tell him, and he will work his butt off. He is a good route runner. First in the 20 yard shuttle, 3rd in the three cone drill. He won't amaze anyone, but I would like to give him a chance, smart routes, good special teamer, good team mate, worth a 6th round selection in my books

With the  7th round selection, the New York Jets Select Will Barker, OT, Virginia 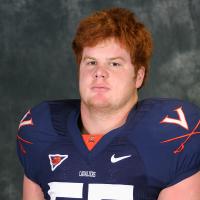 I'm not sure if we have a 7th, I know we had Green Bay's for Favre, but I think that was returned, and I think ours is heading to Detroit for O'Connell, if so I take this guy in the 6th and remove Blair White. I say we draft this guy just for the hair, look at that fire. Virginia boy who was on the same team as D'Brickashaw Ferguson, his stock will sit somewhere from the 5th-7th round, but I like him. He was part of a Virginia line that gave up the least sacks in the country in 2009. He has a nice slide step, his hand placement is decent, he gets a nice jump off the ball and his strength can knock players back. He isn't the most athletic player you are going to find, but at 6'7 and 320, he is a big guy with a nice burst. He's also a tremendous work ethic guy, he hustles down the field. Can see a lot of upside in red fire here, and wouldn't mind Callahan taking a good look at him when it's all said and done.