FOX has a doubleheader today. CBS will show one game in each region.

Jets at Bears early on CBS

49ers at Rams early on FOX

Giants at Packers late on FOX

A good chunk of the country will see the Jets. Those are the areas in red as well as Alaska and Hawaii. 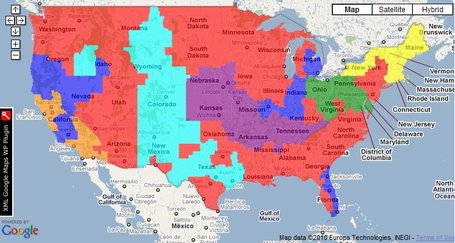 The entire nation will see Vikings at Eagles tonight on NBC and Saints at Falcons tomorrow on ESPN.