CBS has a doubleheader this week. FOX will show one game in each region. However, because the Giants play at home early on FOX, there will be no early game on CBS in New York. The NFL has a rule that a local team playing a home game must be the only game shown in at given market at that timeslot.

Eagles at Giants early on FOX

Jets at Steelers late on CBS

Most of the nation will see the Jets. They are the red spots on the map. 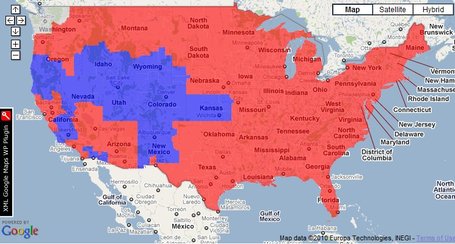