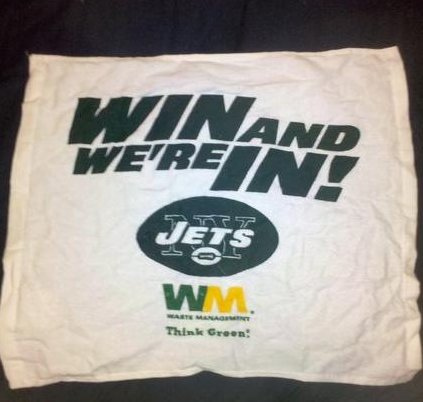 60,000+ amped-up GangGreen fans came out in support for their team at the final game to be played in Giants Stadium. Dressed in layers to endure the  zero-degree wind chill weather, fans were doing whatever they could to keep warm -- starting fires in grills, fire-pits, even trashcans.

While many "analysts" still question Cincy's motivation in Sunday's game, it should be noted that the Jets played the perfect game. It was an all-around team effort and everyone contributed equally. Let's not take away from that.

The "little brother" did what Big Blue failed to accomplish, and Giants Stadium was laid to rest peacefully. What better way to go out then on a shutout?

I posted a couple of pictures taken from the game, and compiled a "report card" with some thoughts. Enjoy!

Thoughts on the Big Win:

-GangGreen got off to an quick start --- something that has been uncharacteristic of them this season. They out-yarded Cincy 150 to 1 in 1Q.

-The Jets effectively shortened the game. As they ran more plays (73 to 40) and dominated Time-Of-Possession (42 min to 18). This is how you use smash-mouth football to keep your opponent off the field and win games.

-Defense held the Bengals to just 5 first downs, and the lowest net-offensive yards in Cincy franchise history  (72 yards).  Palmer also set an NFL record for most passing attempts without a yard (11)

Brad Smith: You really can't say enough about the guy. The versatility he brings Is nothing short of amazing--  being able to return kicks but also providing a great complement to the power running game of Jones/Greene  with his speed when  operating out of the option. His vision really is incredible. He does a great job of finding the hole and breaking through it with speed. Since Leon has been out he's really stepped up.

Kerry Rhodes- I admit, I was hard on the guy  this season and at times questioned his intensity. At one point, I didn't think he would even be here next season. But he has really turned it on of late. He his finally been showing the 'range' that we remember from 2006 when we awarded him the prestigious "SparkPlug of the Year Award". He was literally all over the field and involved in almost every other play.
During one play on Sunday, him and Leonhard BOTH blitzed off the edge, and  Leonhard provided the hit on O'Sullivan while Kerry picked up the fumble and ran with it. Unfortunately he was too pre-occupied with what was going on behind him otherwise he could have taken it to the house for a TD. Still, he had a great game, and was very active. That's three weeks in a row.

Sanchez played in the coldest weather he's played in all season  (20 degrees at game-time). He didn't turn the ball over which was a huge plus which helped contribute to his role as game manager. On the negative side, he was 8/16 for just 63 yards, and was inaccurate in a couple of passes. He hit Braylon in the butt with a ball, and also missed him wide-open in the end-zone on a slant.

The Offensive Line should get credit here for his lack of turnovers as they continue to dominate defensive fronts and make his job easier with their exceptional pass-protection. They gave up no sacks and gave Sanchez substantial windows to through the ball through.  I know it's been a recurring theme but I can't say enough about the OL. All of them should have made the pro-bowl. EPIC SNUB!

On defense the Jets unleashed a variety of blitzes including many different safety zone blitzes off the edge. The blitz was extremely effective and neither Cincy QB was able to get in any sort of rhythm.  If there is a negative here, it was that the Jets showed Cincy a lot of different looks on both sides of the ball, but they did what they had to do to get the win.

Special Teams This is the only negative I took away from this game. While Westhoff's unit has been much-improved in recent weeks, return yards were Cincy's only high point of the game, as the Jets allowed 200 return yards. In next week's game, which will likely be a field position battle, it is imperative for the Jets to tighten up in kick coverage.

On the positive side, Cotchery did a great job of returning kicks/filling in for Brad Smith after he left the game.

Pics from the game:

The last time this seat will be in tact: 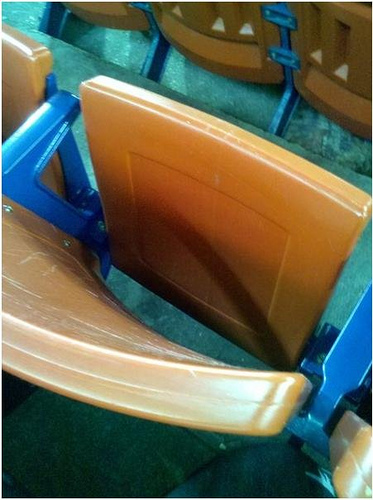 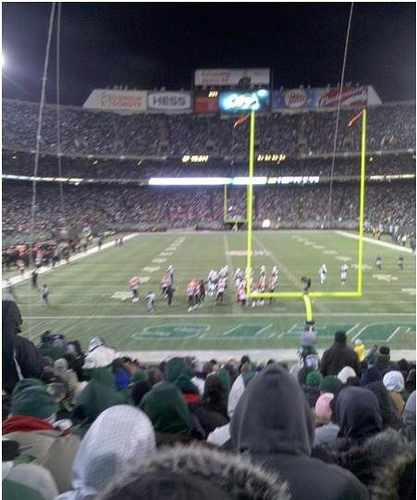 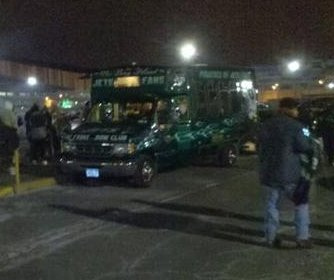