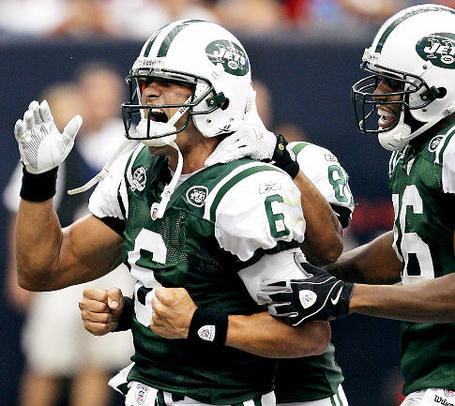 This is very simple, much like the team power rankings. There we see the teams that are moving up and moving down each week based on the performance.

Here I will highlight which players are moving up and down each week based on there individual performance.

Of course, this is not an exact science, this is a team game and for one individual to flourish the other ten players need to be doing there jobs. However, they still have to execute.

I considered doing this for the whole roster; however, in the long term I think that would be impossible to sustain every week. So right now, I will be just documenting the top 10 in the power rankings each week and giving my opinions and reasoning for why they are there.

I'm sure many will agree and disagree and I welcome comments so that we can form some discussion. Like most of the article I write I have a few conversations with a couple of Jets fans, ask for there impressions and opinions, but ultimately these are from my own observations, so there will be things I miss, and things that I over analyse.

I flip flopped a lot on David Harris and Mark Sanchez in this position; however, in the end, the fact that Sanchez is a rookie, came through with a win on the road in his first career start (only the fourth player to do that since the NFL/AFL merger) I really couldn't put Mark here.

He put up a line of 18/31 for 272 yards, one touchdown and one interception. Not a bad start; he looked composed, he wasn't ruffled after the interception. He came back and fired a bullet to Keller which took the wind out of the Texans sail, that pass alone pretty much wrapped up the game.

He made the one mistake, but overall he completed passes that he had to, was excellent in third-down situations, moved around in the pocket, avoided pressure, and improvised, like the step back under pressure from Williams and the little dump flare over the middle to Cotchery to get the third down.

All I can say about Harris is that he was as dominating as I can remember seeing him. He put some hits on the QB and receivers that wont register in the stat sheet, but anyone who things that these were not influential is living in a dream world.

The commentators even mentioned that receivers seemed to have one eye on the ball and one eye on Harris.

He finished the day with 11 tackles and a sack. Six of those tackles were of the solo variety. The sack was a one handed grab of Schaub, bringing him to the turf. He was fast, elusive to blockers, and showed no mercy making the hit. Ryan said that he wants to see opposing players hit until there knee hits the grass. Harris will flourish under him.

Andre Johnson is one of the best receivers in the game, if not the very best in the game. During the third quarter a friend I was watching the game with turned to me and asked if Andre Johnson was actually playing, and I think that speaks volumes for what Revis was able to do all game.

In fact he could well make a case for being the top Jets player of Week one. Andre Johnson finished the game with four receptions for 35 yards. At one point in the third, he had one reception for seven yards. That is almost unheard of for a player like Andre Johnson.

Revis forced Schaub into making secondary reads, which takes time, which allows pressure. Everything is connected in football, and that's why it's such a great game. If Revis can do as good a job against Moss as he did against Johnson, expect him to be atop the list next week.

Caught one of the most important passes on the day on the Thomas Jones second TD drive. Using a skinny post route, Keller streaked down the right, cut in took the ball in his stride, and moving for several yards after the catch. It completed a third-down situation and the game was all but over.

Constantly causes mismatches on defence, over the middle, in the slot or spread out wide. He can do it all, many scouts commented that he is a wide receiver in a tight ends body, and watching him play over the past year and a game, you can definitely see that.

His blocking is also coming along and with Ben Hartsock now on the team, he will be asked to block less and do more of what he is good at, and that's making plays down the field.

Finished the day as the leading receiver with four receptions for 94 yards.

I know many people will be a little surprised to see Jones so far down on this list. After all he finished the game with 107 yards rushing on 20 attempts for two TD's.

The only reason that he is here is because he was stopped for 3/4 of the game, he ran hard, and he never gave up. I understand that the Texans were stacking the box, but a lot of teams will do that this year against this pass attack.

I was very impressed with his toughness though, and when we needed him to come through he did just that. He is rock solid and shows no signs of slowing own even though he has passed the ripe old age of 30.

All you need to do is log on to YouTube and type in Jenkins and Texans in the same sentence and you will find videos of him man handling the Texans centre. It was such a mismatch that I couldn't help but feel sorry for the poor centre who more times than not found himself sprawled to the turf.

He constantly takes on two blockers, creating space for blitzing linebackers, the main job of the nose tackle is to do just that. He might not light up the stat sheet every week, but I would contend that Kris Jenkins is the most important player on this Jets defence.

He was credited with just the one solo tackle, but he constantly pressured the line and the QB, decreased the size of the pocket and caused havoc in the backfield. Schaub had to release the ball earlier than he wanted to several times because of Jenkins pressure. Again you wont see it in the stat sheet.

It's always hard judging a lineman but the most important stat that I can look at that reminds me that Ferguson had a good game is the zero that is next to Mario Williams sack total on the day.

I remember a few instances where Williams pressured Sanchez, but overall I thought that Ferguson was just fantastic, even when Williams did get through, it was after being delayed giving Sanchez time to get the ball off.

Many Jet fans criticized Ferguson during his initial years with the Jets, but he has shown exactly why we invested so much money in him. He predicted a pro bowl this season, and his performance did nothing to suggest that this is any kind of exaggeration.

Only a select few people felt that Cotchery could be the number one receiver for the Jets, well his clutch catches, his yards after catching and his route running suggest that he can.

Jerricho is probably more suited to the two, but there is no reason to suggest that he can't handle being the one. He has sure hands, he runs good routes, he changes his pattern in emergency's.

He had some crucial catches on Sunday on third down, and was a integral part of the eight minute drive the Jets had to start there first possession. That really set the tone for me.

Strickland plays a lot of nickle, and didn't play all that much on Sunday, at least I didn't see him in that much, but one thing is for sure, he made some very valuable contributions when he did hit the field.

Many will remember a offensive outburst from the Texans with a short screen pass from Schaub to Slaton, who proceeded to go over the middle, picking up yards at a gallop.

It seemed like the Jes were about to give up some points, when Strickland came storming into the picture, put a big hit on Slaton, getting his helmet on the ball, forcing it out and up into the air for Mike DeVito to pick off.

He was also in on the pressure in the fourth quarter when Matt Schaub threw the interception to Sheppard. He hit the QB just when he was releasing the ball

There were plenty of people I considered in this spot, and notable mention has to go to Leon Washington, Bart Scott, and Nick Mangold. However, I just couldn't leave the TD scorer off the board.

Wide receiver has been a position of criticism for the Jets over the past few months, but some have remained like stone in there assumption that the Jets are perfectly fine with Stuckey as the second receiver.

On Sunday against the Texans, he showed why, and although he scored the TD, that was not the play that impressed me. There was a blown coverage, and sure he still has to catch the ball, but any receiver in the NFL should make that play.

I was more impressed with another play earlier in the game, where on third down, he received the ball several yards short of the marker, and he stayed on his feet under pressure from several defenders, kept the legs churning and fell forward for the first.

So here we have the top 10 power rankings for Jets players after week one, if you feel that I have missed anyone out that deserves to be in ahead of the guys mentioned then please don't hesitate to leave a comment explaining why. Will be back early next week (Monday hopefully) with the week two power rankings, so make sure you come back to find out who rose and who fell after week two.