Share All sharing options for: Revis Island Statistical Break Down

Our buddy Erik Manassy of Jets Twit has compiled a table to show the success or lack of, that receivers have had this season on the Island, he also looks at a tweet today by everyone's favourite number 85, very entertaining stuff, so head over to read that, but here is the table that was compiled: 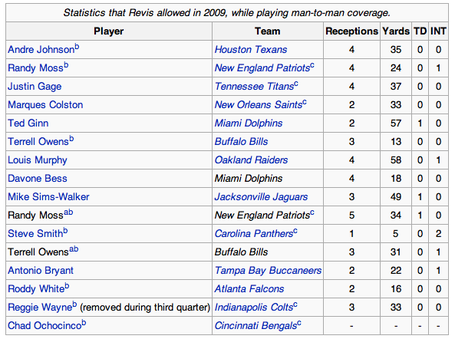 Seeing it all laid out like that, really does make you appreciate just what he has done this season. Very few cornerbacks in the NFL match up man to man on pretty much every single play against the opposing teams top receiving threat.