It's Official --- Sanchez to Start on Sunday

Share All sharing options for: It's Official --- Sanchez to Start on Sunday 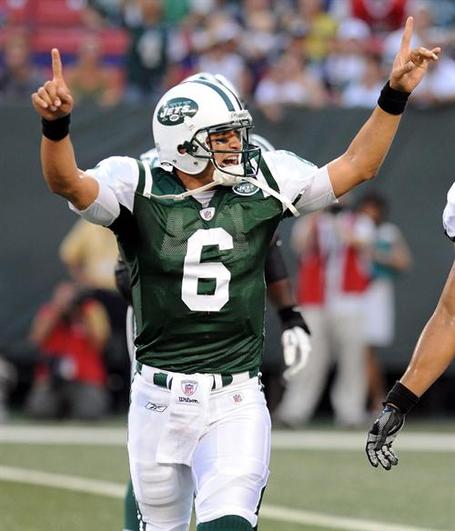 Mark Sanchez has been named the official starter for Sunday's game against the Falcons. Not a big surprise by any means, but Rex has removed all doubt as to who would be behind center.

He will, however, be wearing two knee braces which could present some mobility concerns. That being said, with the Jets facing another weak run defense, and 20 MPH winds and snow in the forecast, it's likely that he will be handing the ball off 40-50 times and Schotty's gameplan will be conservative as it was for Clemens.

"Mark will start," Ryan said Friday. "No great surprise to anybody."

"It’s going to be a Joe Namath throwback game for Mark," Ryan said. "He slid right in front of me during practice to make sure that I knew that he was ready to go. He feels confident. He threw the ball really well today."