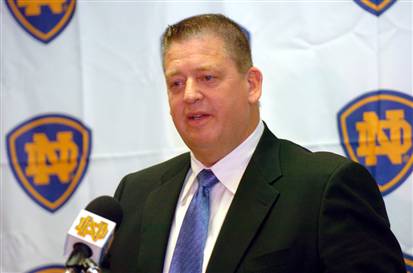 Roughly 45 minutes ago, the inevitable happened-- Charlie Weis was let go by Notre Dame and relieved of his Head Coaching duty.

Since our 2009 season is basically over, there's nothing wrong with looking ahead to next year and speculating-- so let's entertain the reasons as to why he might be a good fit here (again):

Put in a bid, Woody!